Some works seem ideally suited to WNO and Prokofiev’s War and Peace is surely high on the list. If nothing else the marvellous WNO Chorus is called upon to give of its all, which it does in stunning fashion from the very first note. If the work itself occasionally slows the pace, then the choral scenes are never less that thrilling and often overwhelming. 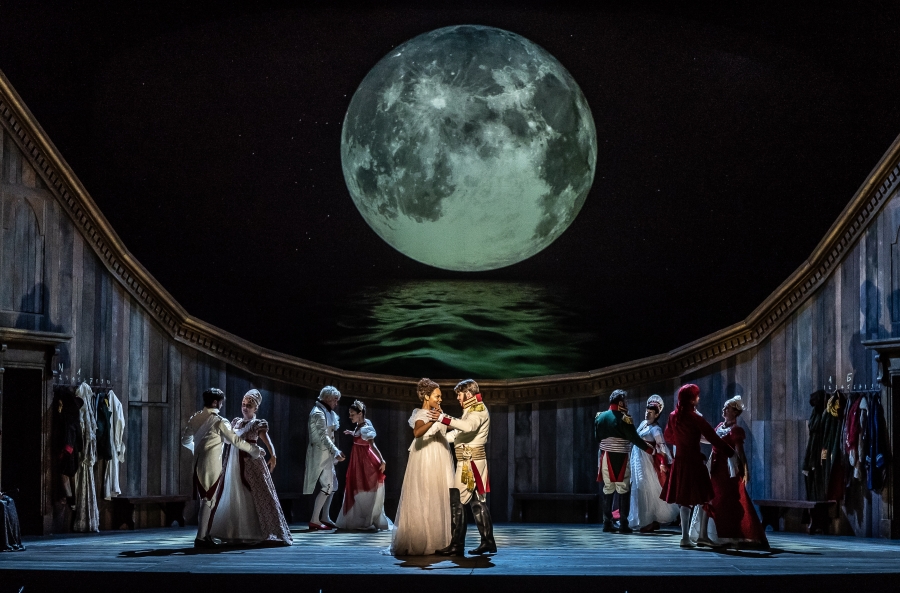 David Pountney’s production draws of the strengths of his earlier staging of In Parenthesis to bring the action close to the audience and maintain the sense of a narrative unfolding before the participants as well as those seated in the auditorium. For this, Robert Innes Hopkins’ steeply curving set with its two doors is effective for the numerous changes of place and scale, aided splendidly by the projections created by David Haneke, which in turn draw on the 1966 film version of War & Peace. It is all remarkably effective in creating a sense of the epic scale of events as well as the intimacy of the opening scenes in the various noble households.

Singing the score in English is a mixed blessing. For the solo scenes it is helpful in maintaining the narrative but the large choruses lack the edge that sung Russian would bring.

The other great benefit of the ensemble which WNO can draw upon is the strength of the large number of minor parts which Prokofiev requires. Some doubling up was sensitive but so was the use of chorus members for small parts, where there was never any sense of two tiers of singers – all were equal within the cast as a whole.

Of the principals, tenor Mark Le Brocq was outstanding as Pierre and grew in stature as the evening progressed. Jonathan McGovern’s over-smooth Andrei oozed his way through the opening scenes though his death was unexpectedly moving. David Stout sang four roles, including Denisov and Napoleon, creating incisive characters for each. The second half is almost entirely given over to Simon Bailey’s gruff but warmly pleasing Field Marshal Kutuzov, who gives us just enough insight into his private life to create a leader who is aware of his responsibilities. 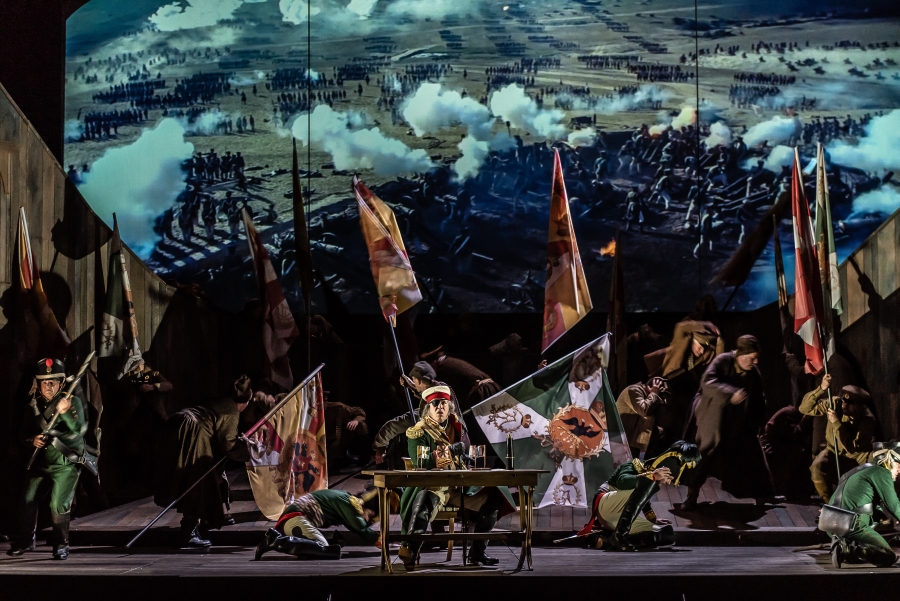 There are not as many female parts but Lauren Michelle’s Natasha is suitably naïve until the war challenges her assumptions. She sings radiantly throughout and is genuinely moving at the end. The final tableau showing her aiding Pierre / Tolstoy writing up the events makes a fitting conclusion to the work. By contrast Jurgita Adamontye’s Helen is about as narcissistic as one could wish for, her beautiful singing at odds with the nastiness of her character.

A wonderful start to the season. The problem with such vast undertakings is that the likelihood of revival is always slim. Let us hope we don’t have to wait another generation to see the work again.