Another release of lesser known repertoire from Sibelius, although it appears that the violin did have an important role in much of his music . This well constructed programme links early works with his last two sets of pieces for this genre. Fine performances by Fenella Humphreys and Joseph Tong.

This recent one act chamber opera (2018) is based on a play by August Strindberg and features libretto by Laurie Slade. This world premiere recording brings to life once more a story written over 130 years ago that seems to be incredibly up to date, or perhaps simply timeless, with its themes of money, power, immigration and sex.

With so much music having been recorded and released over the past few years alone it is incredible to find further world premiere recordings such as these. Written in the 18th Century these 5 Suites for Harpsichord make up the final volume of Naoko Akutagawa’s excellent series. Muffat is described here as “the most important Viennese harpsichord composer of the 18th Century”. It is good to have this music now available on CD.

Bartok’s use of the piano continues to sound fresh and innovative decades after his death. His understanding of the capabilities of the instrument, coupled with his interest in rhythms and timbres often imported from traditional song and dance create a very expansive sound world. Here are earlier works (excerpts from For Children and Variations and the Rhapsody, Op 1) together with a slightly later set of Etudes, Op 18. A lovely collection from Fulop Ranki.

These sonatas, written in 1810, are not particularly well known but have been the source of inspiration for works of other composers including Fritz Kreisler. It is good to have the set presented here in these performances, which whilst not recent, breathe life into this neglected repertoire.

Cameron Carpenter is an excellent musician and a wonderful ambassador for the organ. His championing of the organ as an instrument to entertain, but not in a lightweight way, makes him an important and influential performer and recording artiste. His understanding of registration and pushing the boundaries of the capabilities of the organ, in the concert and particularly the symphonic tradition is second to none. His commitment to this has resulted in his design and development of his own digital touring instrument, the organ he now uses the most and which features here in Berlin.

The combination of organist with his own incredibly versatile instrument is incredible. Despite my love of ‘pure’ organ music I really enjoyed these expertly performer-crafted transcriptions of two very diverse pieces. This CD should be welcomed by those who love organ music, those who love any good music and should also challenge those who have doubts about the capabilities and ‘validity’ of digital organs. 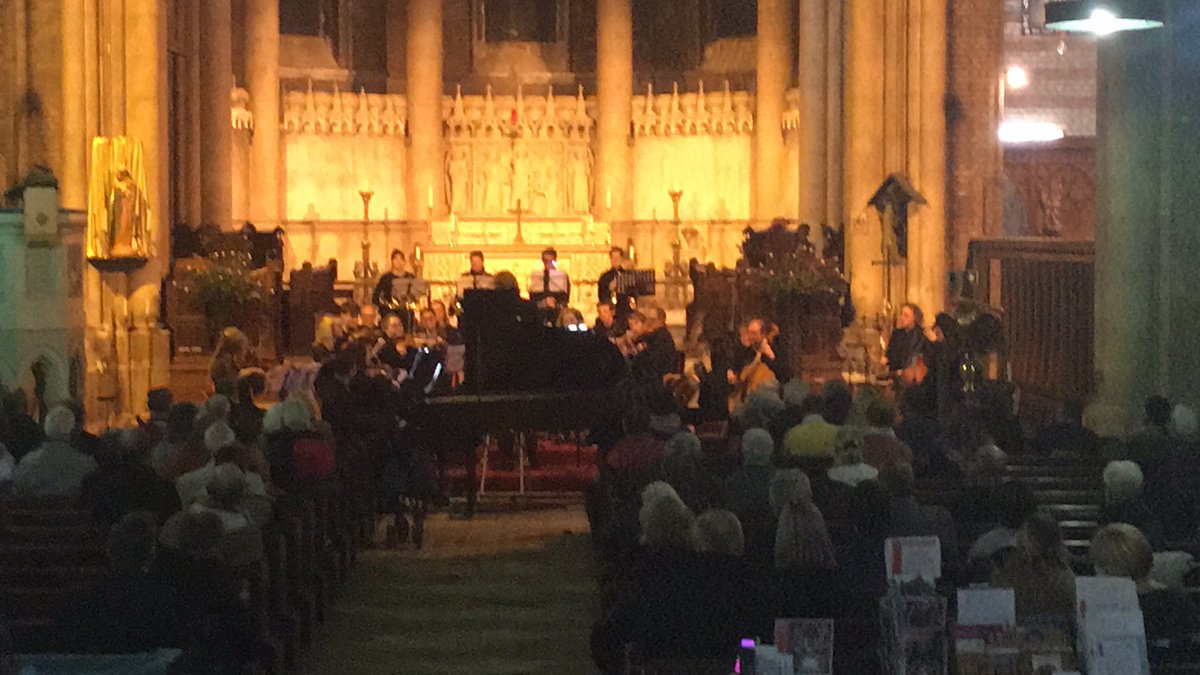 The centrepiece of this interesting concert was the world premiere of a work written in 1806. Ferdinand Ries, a pupil of Beethoven, left several substantially reworked versions of his Grand Concert pour le Pianoforte (op 123). Found in the State Library of Berlin in 2005, by Adam Swayne, this is the hitherto unperformed original version. Swayne, who is an academic as well as pianist and composer was at this concert to debut his discovery.

Well, it’s an uneven work. So close to Beethoven in places that you can hear the (unconscious?) quotations, it also seems, at times disjointed. The piano entry in the first movement, for example, is pretty remote from the long orchestral introduction and the very jolly rondeau in the finale – which I went home humming – feels as if it belongs somewhere else especially when it suddenly gives way to Beethovenian heavy chords. After all, presumably Herr Ries wasn’t happy with it otherwise he would not have gone on to make so many revisions? Pleasant as it is, I don’t think this work is going to rival Beethoven’s fifth “Emperor” piano concerto or Schumann’s A minor masterpiece of 1845 in the popularity stakes any time soon.

That said, after a slightly nervous start, Swayne played it with huge commitment and plenty of panache. He was clearly enjoying very much bringing this work to an audience at last and he evidently had lots of supporters in the audience who cheered when he appeared. There were a few problems with timing though and watching Swayne’s involvement with the orchestra I wondered if it might have been better conducted from the keyboard.

The orchestra generally played well – especially given that leader Shereen Godber had stepped up at a few hours’ notice because the regular leader tested positive for Covid on the day of the concert. During the opener Another Orpheus (by local composer, John Hawkins who was present) conductor Andrew Sherwood generated lots of cohesion though the incisive chords at the beginning, the arresting solo viola work (evocatively played by Ros Hanson) and the final dying away to silence at the end.

The second half gave us the much more familiar Haydn Symphony 99. The start was ragged. Haydn’s slow introductions are notoriously challenging. Then it danced off in confident relief with the Creation-like brass interjections nicely pointed up. I also admired the playing of the fugal passages in the finale played with warmth and precision. It will be good, though, when Covid restrictions no longer prevent stand-sharing for string players and they don’t have to negotiate page turns as individuals.

All in all it was a worthwhile and workmanlike concert. It was the first time I’ve heard Lewes-based The Musicians of All Saints and I look forward to hearing them again, preferably somewhere without the slightly fuzzy acoustic of St Mary’s Kemptown – beautiful as its architecture is.