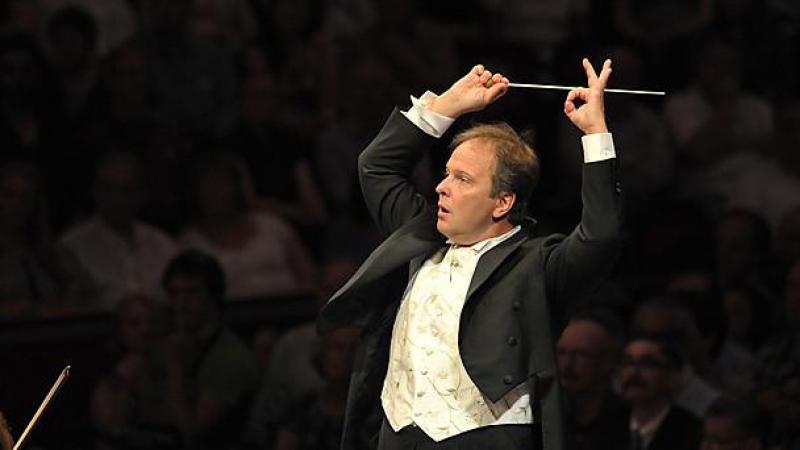 The celebration of Sibelius’ major works came to a fittingly triumphal conclusion with Kullervo. The BBC Symphony Orchestra and (Men’s) Chorus were joined by the stentorian forces of the Polytech Choir from Helsinki to provide a formidable onslaught in the third and final movements. Sakari Oramo allows this early work the violence and passion inherent in the text while also finding the delicacy of the woodland moments and introspection which may not be natural to the anti-hero but certainly were to the composer and to those of us listening.

Sakari Oramo allows the Brucknerian overtones to evolve naturally but they are never more than allusions to grandeur. The second movement was taken quite rapidly building to thrilling climaxes which had hints of Janacek in the growing atmosphere of unease.

Johanna Rusanen-Kartano is probably the finest interpreter of the Sister in the third movement and she brings an innocence and feistiness to her singing which adds to the tension and forward thrust of the score. Waltteri Torikka’s bluff hero made a shattering impact at the end of the third movement as he realises the enormity of his act.

The BBC Symphony Orchestra responded with subtlety to the demands made upon them not only by the score but by Sakari Oramo’s tight conducting. Brass were particularly impressive in explosive moments and the woodwind on top form in their many exposed moments.

Before the interval we heard En Saga. The piece is something of a rarity compared with the rest of the Sibelius opus, which is surprising given its wealth of detail and range of musical ideas. Maybe the lack of a programme leaves some confused as to its narrative, but like Strauss’ tone poems there is an internal logic and sense of forward movement throughout which holds the attention at all times. The opening murmuring strings have a gentle optimism from which arose snatches of folk-like melodies. Sections of poised, calm repose hold us spellbound before the headlong dash towards the next dramatic climax.

The evening was a splendid way to complete a fine set of Sibelius performances this season.