Antony McDonald, director of this production, puts a modern, mildly feminist spin on Richard Strauss’s opera-within-an-opera and it responds rather well. The thirty five minute prologue, which forms the first half, gives us a female composer (Julia Sporsen) in jeans falling in love with Zebinetta (Jennifer France) when the latter arrives with her Burlesque troupe and threatens the opera. Veteran actor, Eleanor Bron, meanwhile, makes a cameo appearance as the party planner. 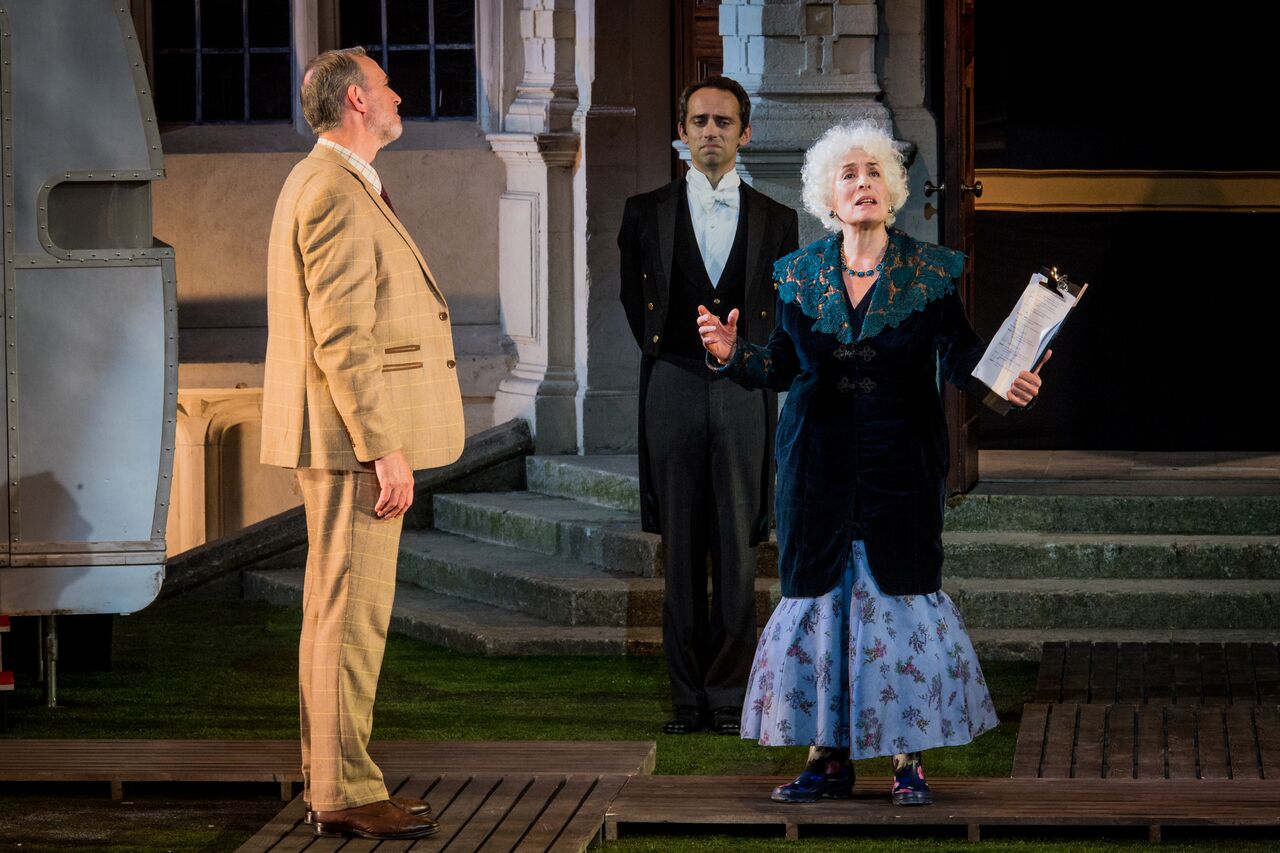 The point, of course, is an examination of high art and its relationship with “popular” art. The incongruous Gilbertian compromise that the opera company and the burlesque troop will stage a show about Ariadne collaboratively is – in this production – suitably entertaining and witty. It also heightens the poignancy of the bereft Ariadne (Mardi Byers) whose lover, Theseus has abandoned her. I shall long treasure the silly dance with tricks by Zerbinetta and her troupe of four – to Strauss at his most tunefully spikey – as they try, and fail, to cheer up Ariadne.

Jennifer France is in her element as Zerbinetta and her show piece number – with Queen of the Night-like top notes and vocal acrobatics along with delicious comic timing, nippy dancing and lots of panache – gets her a well-deserved round of spontaneous applause. Mardi Byers delights as a velvety voiced, soulful and then joyful Ariadne and there’s lovely work from Kor-Jan Dusseljee as Bacchus who eventually sweeps her off her feet – their concluding duets are warmly balanced and theatrically satisfying.

It’s one of Strauss’s richest, and best orchestrated operatic scores and conductor Brad Cohen brings out the colour – even though from my seat I could hear more stage left percussion than I could horns who were on the other side. 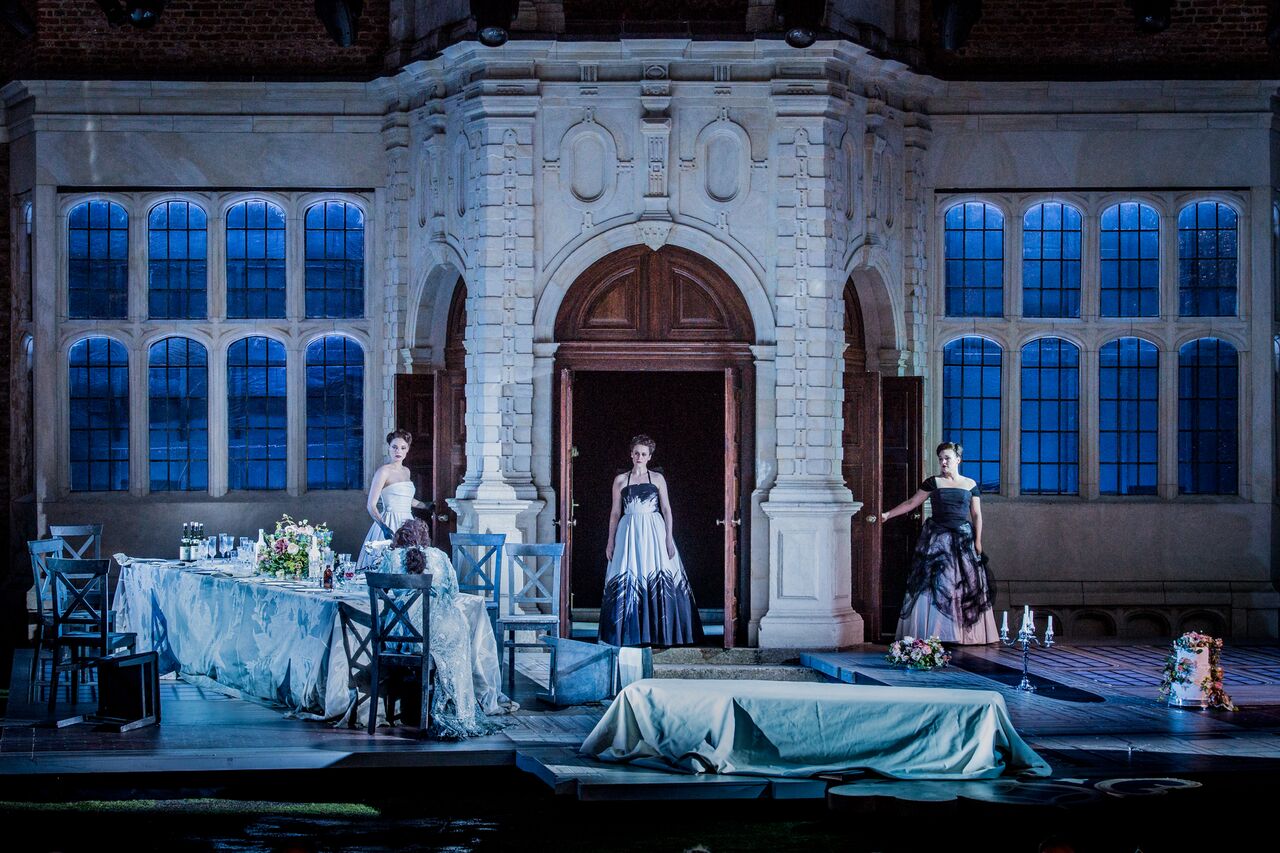 Antony McDonald’s set is an ingenious device. It consists of three scruffy caravans – all with doors for exits and entrances and one which can be (and is) climbed on. These are the backstage areas for the visiting performers and they sit well against the elegant residual brick and stone work of the Holland Park house to suggest that a couple of troupes of performers have arrived at a stately home. In the second half, for the opera, the caravans are moved to the sides to make room for the dining table which forms the main set item for Ariadne but we never forget that this is a show within a show.

I’m less convinced by the rather clumsy device of doing the prologue in English and the opera in German. I suppose it stresses the idea that first these people are being themselves and then they’re acting but it felt very false and certainly confused several audience members who were seated near me.