The Fourth International Composers Festival presented six events over three days, featuring the work of more than 40 living composers and over two hundred performers. Moreover, it brought together a wide range of musicians and styles but with one specific focus in mind – the importance of melody to enhance the listener’s experience and enjoyment. Polo Piatti had set this as the goal of the festival and regularly across the weekend extolled the strength and ongoing importance of melody as the key to broadening the involvement of an ever widening public. 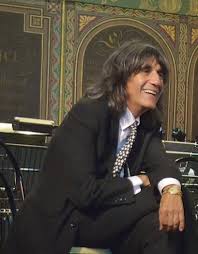 With so many new works performed a brief review like this can only give a glimpse of what was achieved, highlighting just a few of the many outstanding compositions.

The Grand Opening Concert on Friday evening at the Opus Theatre was given by the International Festival Orchestra under John Andrews who proved to be a tower of strength across the three days, his indefatigable good humour and enthusiasm never allowed to flag.

Two of the most engaging works came either side of the interval with Thomas Hewitt-Jones’ That’s it, I’m off to Cuba whisking us away to the exotic before Louise Denny’ Mulberry Harbours – a march written for Civil Engineers – bring us comfortably back to a very English Waltonesque reality.

Efimero by Noelia Escalzo brought us the first of a number of fine solos from violinist Jane Gordon, who led the orchestra as well as providing many individual items across the weekend. Great musicianship and a calm head at all times.

Pollo Piatti is a fine composer in his own right and it was more than acceptable that he should include some of his own works. On Friday we heard Goodbye with Katie Molloy providing the guitar solo and the concert ended with The Impossible Pieces for orchestra with trumpet, clarinet and violin solos. The richly rolling orchestration – somewhere between Rheingold and Vltava ­– was immensely pleasing and brought the first day to a fine climax.

Saturday morning, in the De La Warr Pavilion, we heard a wide range of chamber music. Some the most impressive was performed by violinist, Daniel Rainey and pianist Simon Proctor. Daydream by Kevin Riley and Romance by Peter Thorogood both demonstrated a sensitive understanding of form and a keen awareness of the development of ideas. Lament by Ash Madni was one of the few pieces of genuinely reflective writing, its soulful reworking of a brief motif being very moving.

The morning ended with Romance in C by Fiona Bennett with a horn solo finely played Simon Morgan.

Saturday afternoon brought a change of approach with the Brighton Film Quartet playing works by Penny Loosemore set against film clips. The composer stressed that the music had come first and appropriate clips added subsequently. The outcome was often effective and atmospheric with the starling murmuration particularly pleasing.

Camera – Sound – Play! on Saturday evening brought us to a more popular and probably more familiar set of scores, including music from La La Land, Pirates of the Caribbean and Harry Potter.

However it also included an improvised piece from Oliver Poole – Altitude – which involved not only the pianist improvising but the whole orchestra as well – a fascinating and most impressive undertaking as well as one which proved musically stimulating.

Perhaps the most innovative idea came on Sunday at the concluding event which was given over to dance. Six new works from around the world were choreographed by the Eastbourne Academy of Dancing and the Diana Freedman School of Dance, ranging from a lively Barro Negro from Mexico by Carlos Salomon, Pollo Piatti’s own Tango Solitaire and a stunning Hornpipe from Simon Proctor. After the interval there was one work, the world premiere of The Crane’s Wife choreographed by Mayu Uesugi – who also danced the principle roll – and scored by Nobuya Monta. The company had travelled from Osaka specifically to give this premiere and it proved a fitting climax to the weekend. The simple folktale unfolded with grace and emotional truth, the score highlighting the nuances of mood and deeper mythical layers of the narrative.

Only a few years ago the idea of so many international musicians coming to Hastings for an event of this breadth and quality would have been unthinkable. We have much to be thankful for in the creative talents and sheer hard work which Pollo Piatti has put in to making this possible. Long may it last!