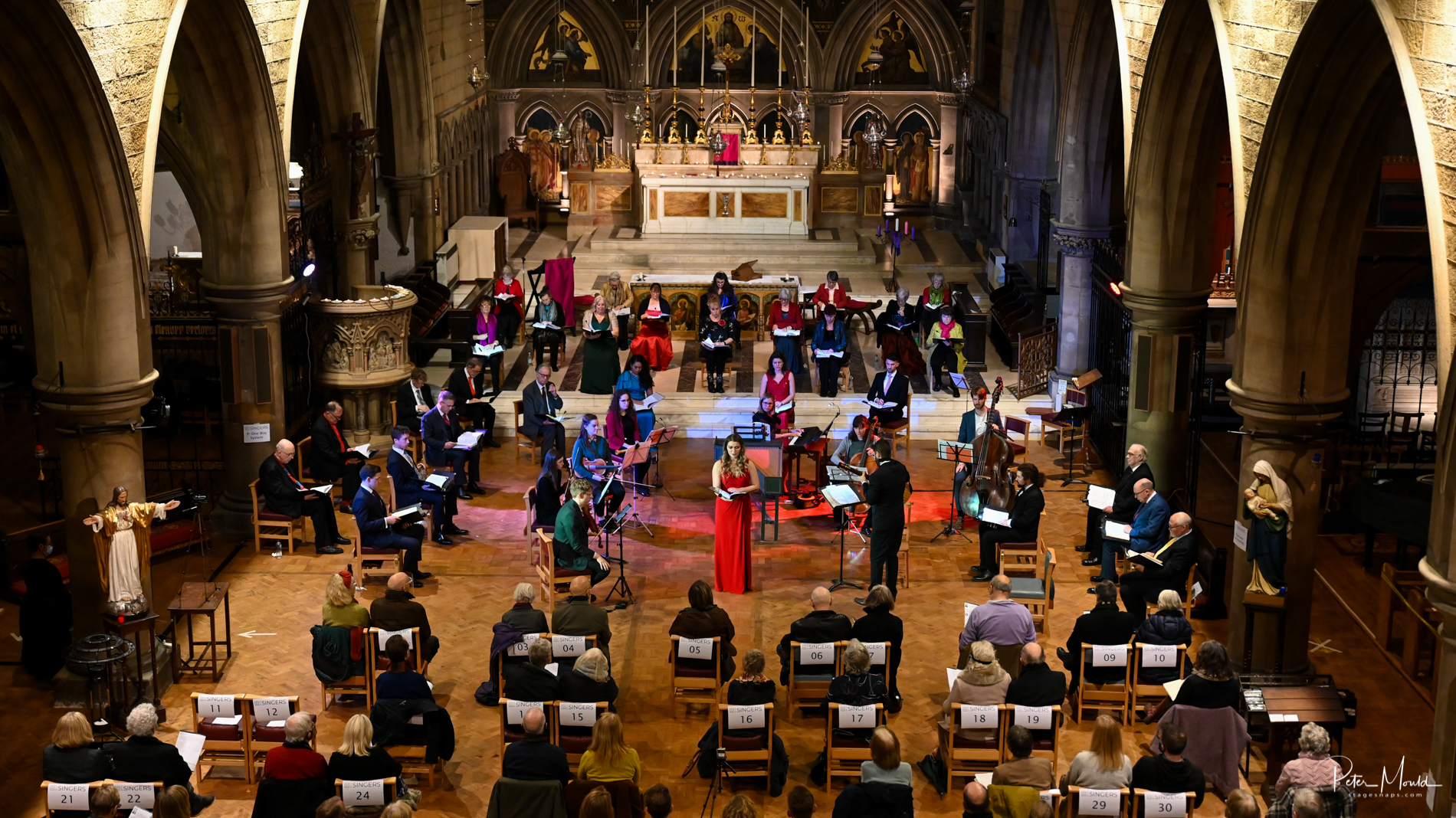 This was the first live concert I have attended for ten months so I think I may be forgiven for shedding several tears when the notes of the “Sinfonia” died away in the atmospheric half light and Kieran White opened with “Comfort ye my people”. It set the tone for the whole evening: a lot of fine singing, respect for some of the most arresting, uplifting music ever written and – given the privations of this strange year – an unusual sense of warm gratitude in both (distanced) performers and audience.

Working with a small group of singers – only four basses – and conducting, with a lot of originality, from his baroque guitar Marcio da Silva found much clarity and precision in the chorus numbers although the necessary spacing created a challenge – the basses were to the right of the orchestra at the front with tenors to the left and sopranos and altos at the back. This placed the band in the middle of the choir and meant that sopranos were a long way from the basses, and the altos from the tenors. Inevitably there were occasional timing glitches but none of them detracted from the overall achievement.  The unaccompanied “Since by man came death” was perfectly, movingly together, however and the understated opening to “Amen” worked really well because it left so much scope for joyful crescendi as it developed all the way to that magical, climactic top A from the sopranos, nine bars before the end.

It was a concert full of ideas too. First there was the use of a tiny Baroque orchestra who played impeccably on original instruments (or replicas)  with Marcio da Silva on guitar and Petra Hajduchova on harpsichord.  I grinned to see Marcia da Silva morph into percussionist and singer during “Hallelujah”, leaving Edmund Taylor to direct from the first desk. Versatility is everything at the moment.  I also liked the idea, in this of all years, of sharing the solo work among seven soloists rather than four: more opportunities for more talented people. 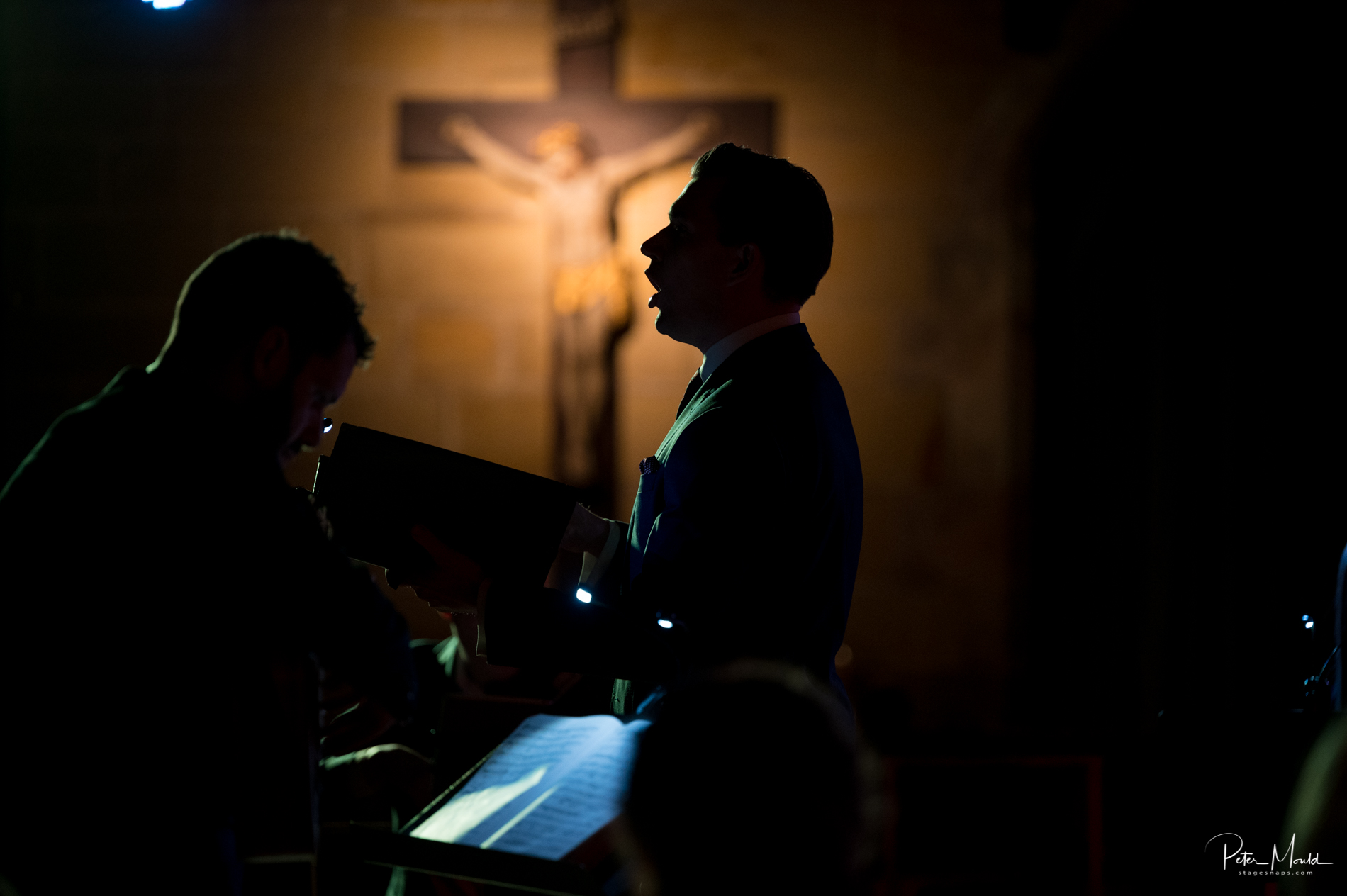 Among the many high spots was Laura Fleur’s smiling “O thou that tellest”. She has a lower register like spiced hot chocolate. The contrast she later brought to the stark agony of “He was despised” was outstanding. I also admired the elegant, measured decoration from countertenor, Nathan Mercieca in “He shall feed his flock” and John Holland-Avery is a very arresting, dramatic singer in “The Trumpet shall sound”. Then there was the “sounding” itself with Louis Barclay’s on natural trumpet – another delightful moment.

Well it isn’t Christmas without hearing a decent Messiah and for a long time it looked as though this was going to be my first Messiah-less Christmas for many decades. So thanks HPO for making this happen, despite all 2020’s problems, and for the stunningly beautiful Christ Church which supports HPO by allowing them to use the premises without charge.