Next production: Offenbach’s The Princess of Trébizonde
After such a joyful production of Offenbach’s La Belle Hélène in 2019/20, we could not resist the temptation to follow it with another of his hilarious (but much lesser known) masterpieces. Postponed because of Covid, it is rescheduled for mid November to early December. It has all the wonderfully zany ingredients typical of Offenbach’s work: set in a travelling circus, the action begins as a daughter of the acrobat dusts a waxwork of Princess Trébizonde and accidentally breaks off its nose. She then has no choice but to instal herself in its position and to impersonate the statue. A visiting prince turns up and, naturally, falls in love with what he thinks is the waxwork… 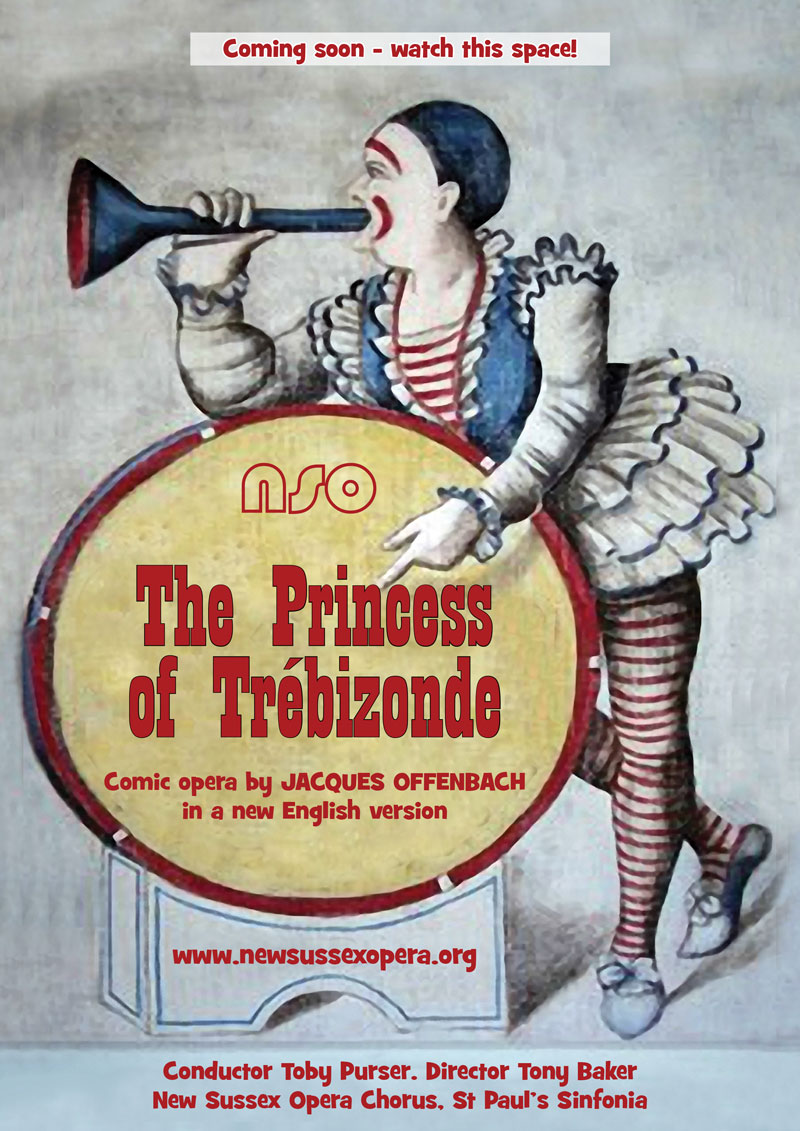 Toby Purser conducts St Paul’s Sinfonia. Director Tony Baker, who has directed several NSO productions in the past, has created a new version in English.

We are finalising tour dates and venues. Keep up to date at
newsussexopera.org