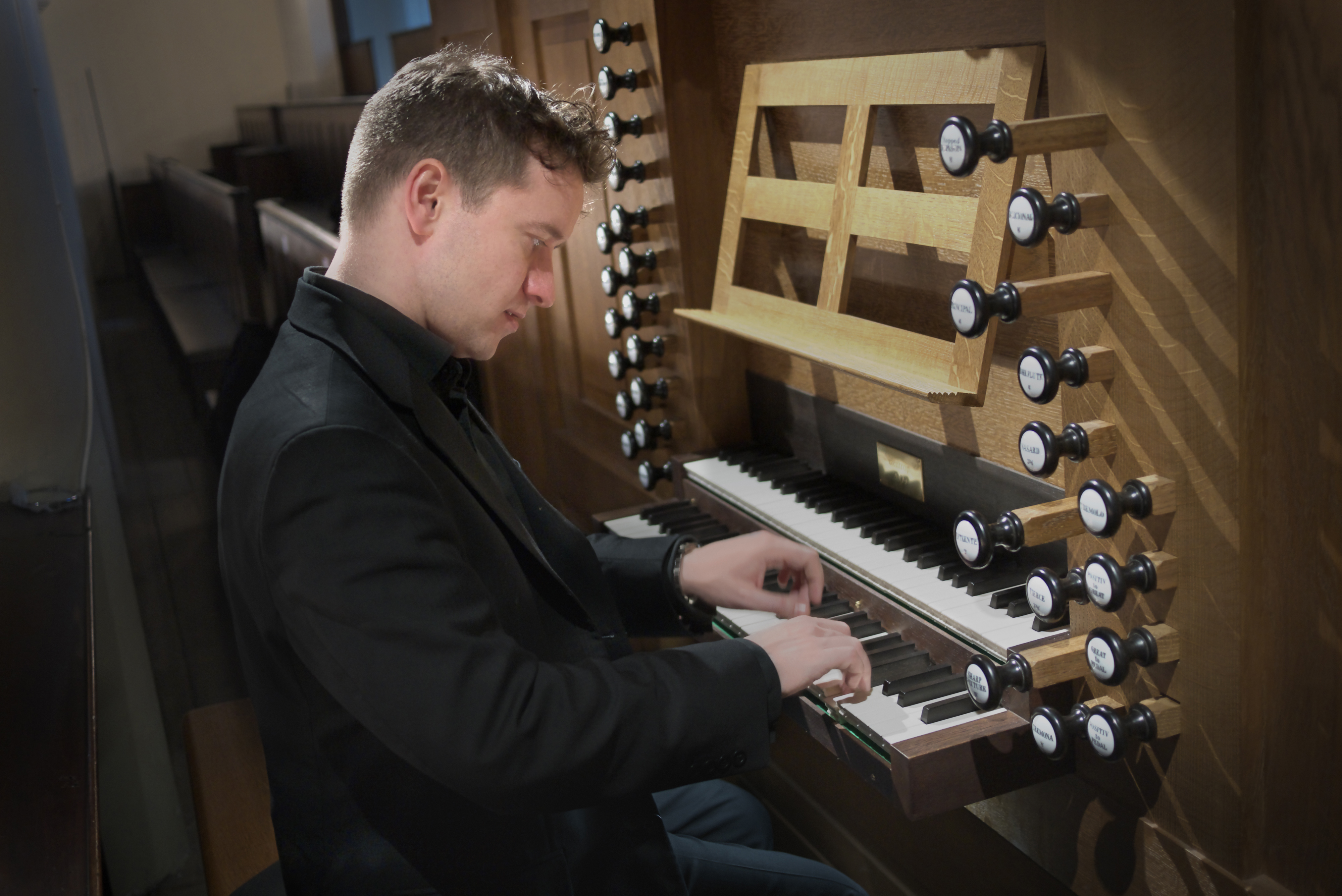 An appreciative audience gathered to hear the first concert of the new season of this well established summer season. Daniel Moult is Head of Organ at Royal Birmingham Conservatoire and is very much involved in the world of organ education and broadcasting including with the BBC. Opening with a selection from Handel’s Water Music he gave an entertaining evening of varied music from different periods and a range of compositional styles.

Alfred Hollins’ A Song of Sunshine brought us a glimpse of the lighter side of the concert organ whilst Derek Bourgeois’ Variations on a theme by Herbert Howells gave a taste of the 20th Century English Cathedral tradition and a contemporary reworking. This was a highlight for me, along with Schumann’s beautifully flutey Studie IV. It is always good to have some Bach in an organ recital and on this occasion it was a lesser know large work, the Toccata in C.

Franck, Widor, Lebrun and Samuel Wesley also featured. Throughout the evening Daniel Moult showed an excellent command of the instrument, with deft foot and finger work as well as rapid registrations and skilful changes of manual. His enthusiastic introductions combined with sheer physicality on a very warm evening were all greatly appreciated.

Concerts continue on Mondays throughout the summer. Details at www.oldtownparishhastings.org.uk