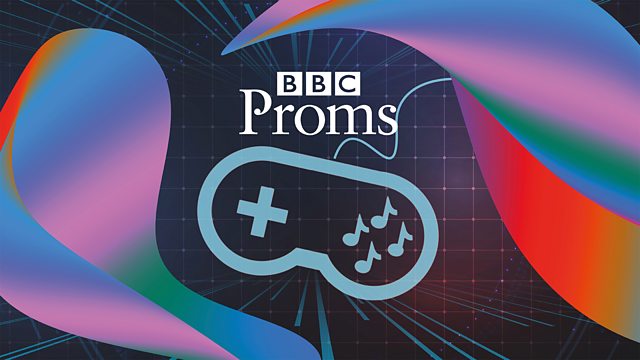 One of the underlying objectives of the Proms, from the earliest days, has been to make music accessible to people from a variety of backgrounds, breaking down barriers that may exist and ultimately creating a larger audience for ‘classical’ music in general. Recent years have seen the introduction of more specialised proms bringing in different musical genres and crossovers from popular, folk and film music. This particular prom was the first given over entirely to music exclusively written for the ever expanding games market. As the title might suggest this was an attempt to highlight a variety of music written across the last few decades, from the earliest games, where computer generated sound was exciting but severely limited, to the seemingly unlimited potential of the latest technology.

It was evident from the reactions to the games being name-checked that a substantial number of gamers were present in the hall – some who have been doing so for a number of years and others of the younger generation. I am sure there were also others like me, who knew nothing about the particular games but could still enjoy the music.

As well as the large orchestral forces there were some clever nods to the earliest computer generated sounds. Electronic treatments of some of the acoustic instruments featured alongside electric guitar, synthesiser and sampled sounds. Two harps and a vast array of percussion (as well as flexible wind tubes worked aggressively in the air) all added to the variety of timbres.

There was a section devoted to Japanese composers, references to classic games such as Pokemon and the long running Final Fantasy series. There was music from the ground-breaking Journey and the very recent Battlefield 2042. This latter arrangement was the European premiere. Featuring an array of visceral sounds and often devoid of melody or easily identifiable structure this piece stood out from the rest of the programme, which was often very melodic and full of contrasts. It was a highlight for me with the sheer force of the orchestra’s full resources, coupled with real world samples and manipulations.

The sheer energy on show from the musicians under the completely committed conducting of Robert Ames left the audience in no doubt that this music was being taken seriously in its own right and that it was worthy of being presented in this manner. The subtle visuals on display above the orchestra added a pleasing extra dimension without the music being relegated to the background. The enthusiastic and informative compering by presenters Louise Blain and Steffan Powell also did much to engage the audience and to present this music with enough background for the uninformed (like me) as well as some playful references for those who knew a bit more.

I found myself thinking that, in the true spirit of the Proms, this was a further wonderful example of creating a more inclusive and democratic culture. Already this week we had seen it at the Commonwealth Games with its deliberate mixing of para and able bodied athletes and with the huge increase of interest in women’s football with the European Championships. Here, tonight, Gamers saw a recognition of their particular interest, together with the composers (several of whom were present with us in the audience) whose work deserves to sit alongside the film and television scores we already rightly appreciate and celebrate.

Perhaps the next step is to work towards presenting this music alongside traditional and contemporary works for the concert hall, the pop and folk world and those from cinema and television in mixed programmes designed to cater for an ever-widening audience.