In May 1967 Sir Adrian Boult conducted Verdi’s Requiem with Hastings Philharmonic Choir, noting that it was a ‘wonderful performance’. There can be little doubt that today’s choir, in the same venue, under Marcio da Silva, gave a performance which was equal to that. 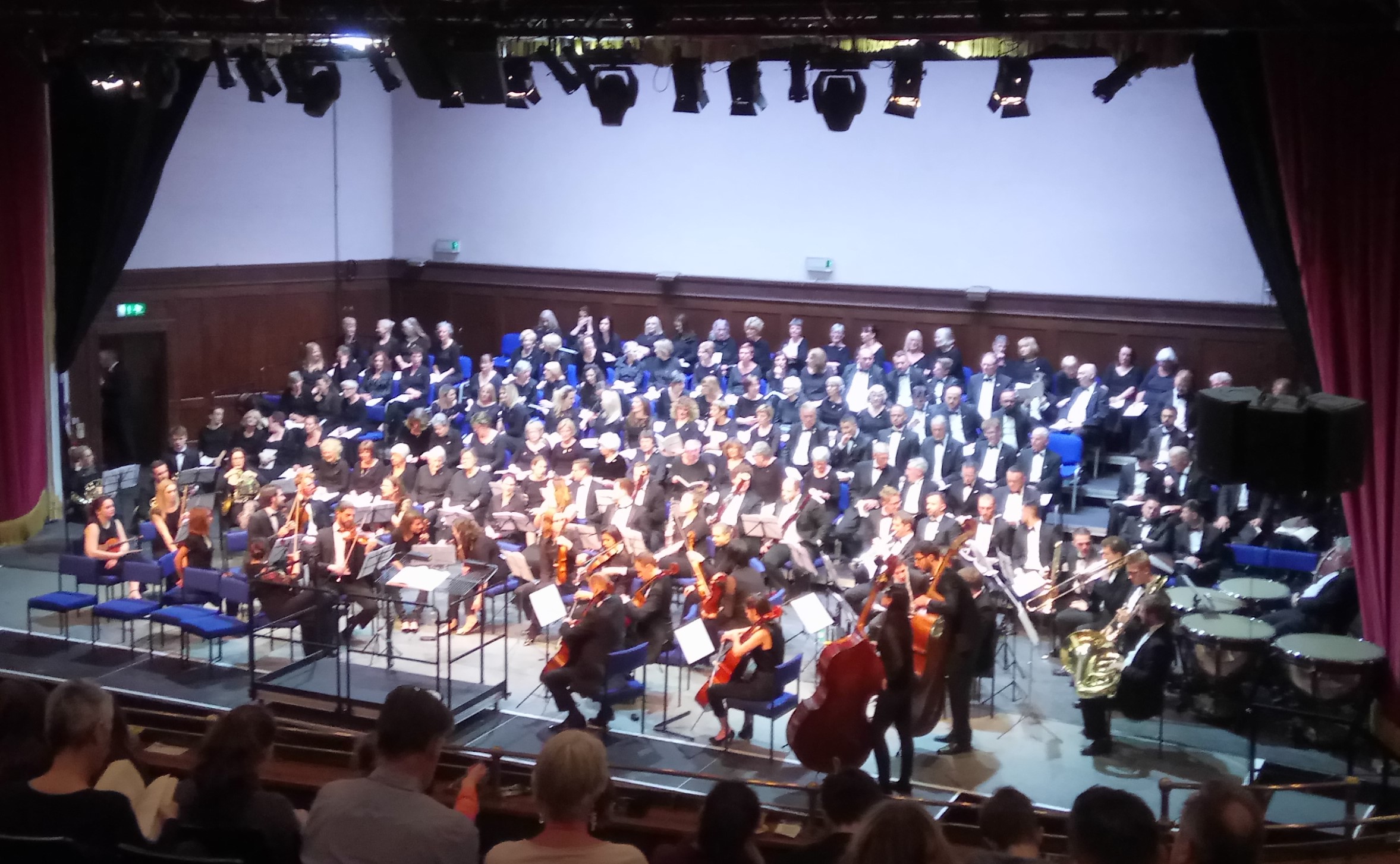 Joined by the Kosovo Philharmonic Choir, trained by their conductor Rafet Rudi, the massed voices proved to be impeccably well disciplined. Rhythms throughout were tight and Verdi’s sudden endings given all the lightning control they need. Where sheer volume is required it got it – the Dies Irae only being topped by the force of Rex tremendae and the joyous outpouring of the Sanctus. Yet the opening bars had been as hushed and reflective as I can recall hearing them. A masterly shaping of the narrative as it unfolded, and particularly pleasing given the difficult acoustic of the White Rock.

Verdi asks a lot of his soloists with parts which are entirely operatic in scope. Mezzo-soprano Catia Moreso brought a rich warmth to her singing of Liber scriptus and had more than enough presence to soar over the combined forces around her. The mezzo carries much of the dramatic weight in the earlier sections of the Requiem but she was finely partnered by tenor Emanoel Velozo who proved to have a secure upper register as well as a convincing emotional approach to the score.

At very short notice Edward Grint replaced baritone Njabulo Madlala but his easy lyricism showed no sense of a late replacement. Towards the end of the work Verdi moves our attention towards the soprano soloist and Susana Gaspar came into her own with beautifully floated lines and moments of heart-stopping intensity.

We have become used to Hastings Philharmonic Orchestra over the last year or so, almost to the point that we may have begun to take their professionalism for granted. As with the recent Tchaikovsky concert, the brass were in blazing form and the wind cut with ease – the lovely bassoon solo at Quid sum miser being particularly effective. Occasional fluffs did not inhibit our pleasure and added to the sense that this was a key live event.

At the start of the concert Chairman John Read spoke briefly of the last ninety years and the Mayor welcome the Kosovan visitors. Hastings Philharmonic Choir has, as one might expect, had a chequered history over almost a century but for those of us who have known it for a substantial part of that time, it is difficult to believe it was ever any better than it is now. This has to be the work of one man, Marcio da Silva. If this is what we are experiencing now, how good will the centenary be?!