Brahms’ Requiem was written for large scale forces. Moreover, it is not a Requiem in the conventional sense as the composer creates a series of meditations based on Biblical texts rather than following the liturgical structure. This should make it more acceptable to a wider audience given the lack of religious belief today and particularly so when it is sung in English.

The performance certainly had the benefit of clarity. Placing the Sussex Concert Orchestra on the floor of the hall with the chorus gently raked behind them, but all in front of the proscenium arch, made for immediacy and helped the impact of the text throughout.

The soloists in particular benefitted from this with Lucy Ashton producing limpidly beautiful tone in Ye now are sorrowful and John Morgan bringing passion and weight to Lord, make me to know and a fine sense of attack to Here on earth. 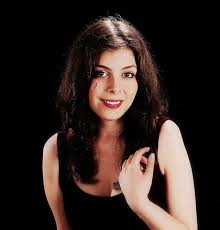 Brahms really needs larger orchestral forces than were here available though there was some fine playing from harpist Alex Rider and the balance held up well.

The choral forces unfortunately were not as well balanced on this occasion. While the altos produced some fine singing throughout, there were times when the other sections did not make the same level of impact. Tenors and basses made a positive sound singing together but when they were required to sing solo lines they lacked the weight to do so. The sopranos certainly had the right numbers but often sounded hesitant, singing just under the note. When lines flowered with confidence they were fine but often the beauty of Brahms’ lyricism was not in evidence.

Kenneth Roberts guided the whole performance with a convincing sense of pace and dynamic, though as noted the choir were not always up to the emotional outpouring the score requires.

We have heard many fine performances in the past from Bexhill Choral Society and if this was not up to their usual standard we can hope for the future.