The programme for the evening was itself palindromic as well as concealing a finely crafted palindrome at the core of Peter Copley’s new work. 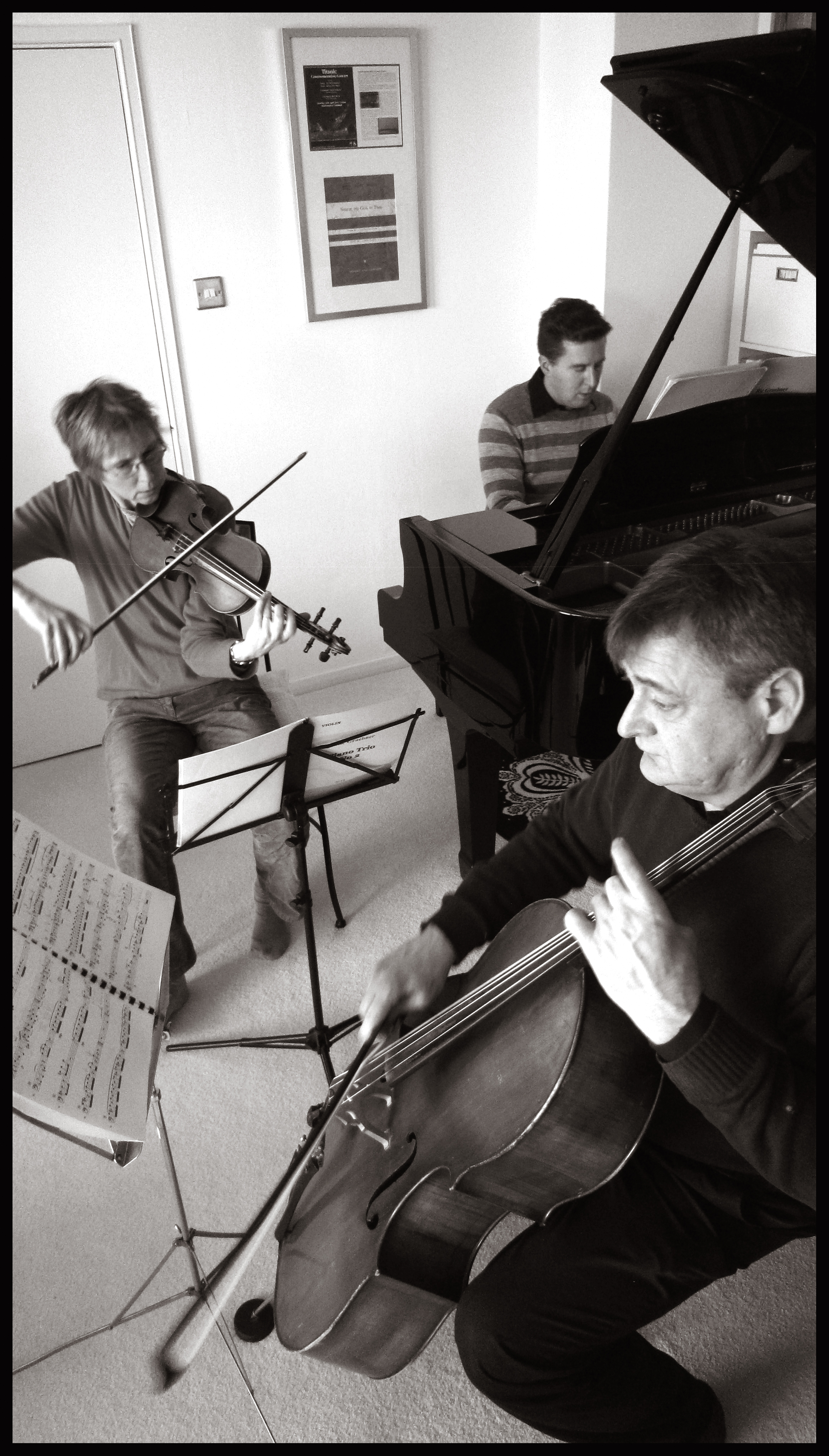 The evening opened and closed with an extended Piano Trio, with two shorter, single movement works either side of the interval. Moreover, these included works by each of the three soloists. The bar was set very high for the event as they opened with Beethoven’s Piano Trio Op70 No2 in Eflat. This gloriously humane work has a dancelike quality throughout, with extended almost Schubertian passages. If the finale is more strident it never loses its warm. Adam Swayne’s Hawker Hunter is a memorial piece to the Shoreham air crash. The highly aggressive opening draws on a large number of modern techniques in terms of the piano but these are all finely integrated into the score as a whole. As the piece progresses a sense of brooding calm overtakes it and we hear echoes of Purcell’s final pages of Dido and Aeneas. It is as if the music itself becomes the consolation, and is very effective.

After the interval we heard Ellie Blackshaw’s Piano Trio, which was receiving its fourth performance – noteworthy today for any new writing. Based on three, five-note chords which themselves reflect the names of the players, the work allows the individual instruments to develop their own voice and character in extended solo lines. This allows the work to breath and gives it a sense of openness and calm.

Peter Copley’s Piano Trio No2 is potentially his most extended work to date. Where the evening’s programme had been gently palindromic, this new trio is itself very closely structured. The opening Mesto mirrors the final Miserioso. The second movement Prestissimo likewise mirrors the fourth movement Leggiero and at the heart of the work the Adagio is a precisely worked out palindrome which draws to a single chord at its centre before reversing to the opening note. It is totally convincing and I suspect that any who had not had the palindrome pointed out to them would not be aware, so subtle is the writing. Nuances of balance and tempi create different aspects so that there is no obvious mirroring of earlier moments.

The opening movement brings an intense lyricism for all its sadness, though this gives way to a furious Prestissimo – think Flight of the Bumblebees on acid! – before the extended Adagio. The Leggiero is frequently jumpy and excitable, while the Allegro finale becomes almost playful in its communication both between the players and with ourselves.

The programming was quite right. The Beethoven reminded us of what the Piano Trio can be, and then three contemporary composers showed what can be done today, leaving us with the joy of Peter Copley’s work ringing in our ears.