An all American evening, this concert was an interesting reminder of just how intangibly distinct American music is. In its way it’s as recognisable as, say, almost anything Russian or French. 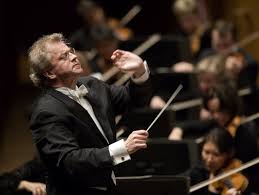 The highlight of the evening was Charles Ives’s second symphony. Written in 1902 and then substantially revised forty years later, it wasn’t premiered until 1951 when Leonard Bernstein took it up. It still doesn’t get as many outings as I now think it deserves.  It has been played only once at the Proms before (Leonard Slatkin with Pittsburg Symphony Orchestra in 2006) and was completely new to me.

Osmo Vanska achieved an impressive balance of sound (cellos next to first violins with seconds to his right) in the fugal minor key opening and nice lightness in the first chirpy theme. The adagio cantabile was delicately played and I loved the focus on all the melodies – some of them borrowed from elsewhere in the American tradition in the last movement. In many ways this symphony’s melodious and witty fervour reminded me of Dvorak and this orchestra and conductor has clearly made the work very much its own with lots of enjoyable panache from brass and percussion.

The concert was loosely themed on Bernstein, whose centenary is being celebrated this year. So we began with the Candide overture, which, of course, never fails. Osmo Vanska and his band cheerfully gave us all those syncopated tunes and ideas and played them with terrific polish.

In the middle was a workman-like performance by Inon Barnatan of the Gershwin F major piano concerto. His percussive broken rhythms in the opening movement were competent if a bit lacklustre but the adagio – with its elegant string quartet section and excellent trumpet solo – was enjoyable. Once Barnatan got into the third movement, however, there was plenty of very apt agitato and some impressive virtuoso playing. His encore was fun too – a set of deliciously showy variations on I’ve Got Rhythm.

The encore at the end of the concert was also fun – and moving. The Minnesota Orchestra is about to embark on a tour of South Africa to commemorate what would have been Nelson Mandela’s hundredth birthday. They played a short piece based on a traditional African tune with bold drum work followed by the whole orchestra singing rhythmically before they picked up the melody on their instruments. It made a rather joyful end to the evening.