Opera Anywhere made a welcome return to Hastings this week but with the new management of the pier were unable to perform outdoors this time, instead presenting two G&S operas at St Mary in the Castle.

This, as it turned out, had a number of advantages – there is a lot more space for the audience and the acoustic is better balanced. As a result The Pirates of Penzance seemed wittier and more energetic than I remember from last year. Much of this is down to strong casting and some very fine singers. There is also the surprising value of not having a full chorus, which allows the smaller parts to shine through. This was particularly true of Edith and Kate who comprised two-thirds of Major Stanley’s daughters. Their school-girl humour and frequently outrageous flirting was a joy to behold, and their singing was as strong as their characterisation. Olivia Bell and Katie Blackwell should go far on the strength of this evening. 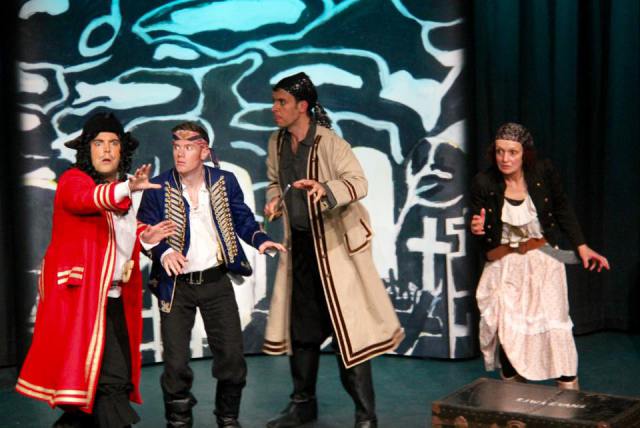 Happily Ellie Neate’s Mabel was more than a match for Sullivan’s coloratura in Poor wandering one, often sneaking in flourishes of her own to add to the ornamentation. Her voice filled St Mary’s, riding over the piano and ensemble with ease and great beauty of line. Tristan Stocks’ boyish Frederic was a convincing hero and their duet Ah, leave me not was genuinely touching.

Mark Horner brings us a well-rounded Sergeant of Police, even if he has to do most of the fighting by himself. By contrast Miles Horner’s Pirate King swaggers with aplomb and has the rich bass voice for his familiar act one solo.

Mike Woodward’s Major General seemed to come into his own in the second act where his dilemma is both touching and amusing. Vanessa Woodward’s finely sung Ruth maintains her dignity to the last though she is very much the butt of Gilbert’s anti-feminism.

Throughout Nia Williams provided sterling support at the piano, and was able to negotiate any minor slips in timing with great skill.

Let us hope Opera Anywhere are able to return to us soon – and perhaps it will be back in the open air? 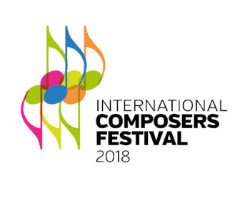 The 4th International Composers Festival, opens with music carefully chosen for its quality, passion and variety, performed by international musicians in the presence of famous and up-and-coming composers coming from all corners of the world, including Mexico, Qatar, USA, Japan, Finland, Italy, Spain, Australia and Argentina.

Experience orchestral music at its most passionate and get that rare autograph from the artists!