A joyfully indulgent afternoon to start the new series, and one which celebrated the 50th birthday of Brighton Festival Chorus.

After a brief welcome from Barry Wordsworth we were whisked into Shostakovich’s Festive Overture, its bombastic jollity setting the mood for the rest of the afternoon. Handel’s Zadok the Priest may lie a little outside the subsequent Parry and Elgar though it did give the choir an opening moment of glory. They were certainly in fine voice throughout, the tenors clear and true, the sopranos fearlessly attacking the top lines. This was very much a romantic approach to Handel, minus the organ and with a modern string sound, but very much in keeping with the Parry and Elgar which was to follow. 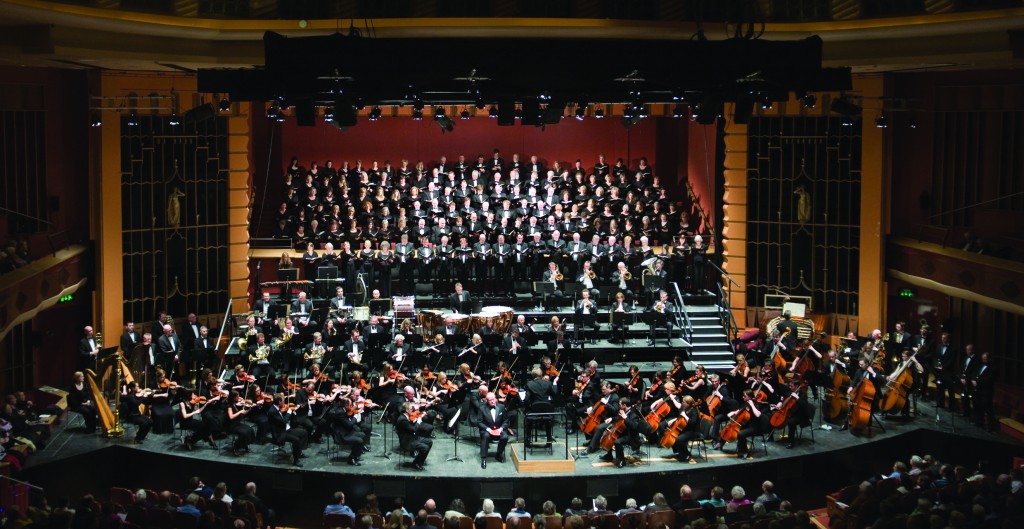 The real find of the concert was Parry’s rarely performed masterpiece From Death to Life. Written for Brighton in 1914 it shows a wonderful sense of colour it its orchestration and melodic lines which rival Elgar. The opening section on Death hints at the melancholy of Sibelius while the jolly march of Life sits comfortably with Eric Coates or Percy Grainger. We really need to hear this again.

The first half ended with Elgar’s setting of Psalm 48, written in 1912 and comparable to much of the choral setting in The Apostles or possibly more sedate demons from Gerontius in the second section. The bass chorus took on the solo third part with aplomb before all sections came together for the unfolding glories of the finale.

After the interval, to give the choir a break, we heard Elgar’s Cockaigne Overture in all its brashness and fizz. Barry Wordsworth managed to find real lightness and sparkle here for what can too easily become simply pompous. Maybe it was the thought of the Scene from the Bavarian Highlands which ended the afternoon. Is there anything else in Elgar which is quite as joyous as these settings of Lady Alice’s verse? Though her poems often come in for criticism, here they allow Elgar to delight in lightly flowing lines and warm, sunny harmonies which are a world away from English melancholy. The third and sixth songs are possibly better known in their orchestral arrangements but sung as part of the whole make a far more impressive impact.

In between these two exultant works we heard the brief, reflective setting of O Hearken Thou from 1911 and written for the Coronation of King George V. A surprisingly introspective work for a joyful occasion, its serious nature supports the faith which underlies it.

At the start Barry Wordsworth mentioned that he has recently recorded some lesser known Elgar works with The Brighton Festival Chorus. It will be a recording worth having.

The next BPO concert is on Sunday 11 November with works by Rossini, Beethoven and Dvorak.

The opening concert in MSO’s 108th season really belonged to young cellist, Maxim Calver. Aged only 18, he was a finalist in this year’s BBC Young Musician of the Year and he stood in at short notice for the booked soloist. 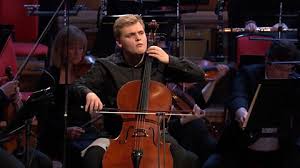 Unusually he began, at conductor Brian Wright’s request, with a solo piece – a variation, from a work by Lutoslawski commissioned by Rostopovitch and pretty dramatic it was too. He played this ambitious piece, complete with glissandi and quarter tones with intense insouciance.

Then, in place of Shostakovich’s First Cello Concerto, it was on to a strikingly mature performance of Tchaikovsky’s Variations on a Rococo Theme with the legato variations leaned on for maximum romance and the faster ones delivered with crisp witty aplomb. His use of harmonics is spectacular too.

And as if that weren’t enough he then treated us to a richly nuanced encore – the very familiar but evergreen Sarabande from Bach’s First Cello Suite. Thus, this engaging, poised young man who smiles though the music when his rapier eyes aren’t staring into the distance, whizzed through the music of three centuries in less than an hour.

The concert began with Britten’s Sinfonia da Requiem which is getting a number of outings this year to mark the centenary of the 1918 Armistice. It’s a tricky work. You don’t often see MSO front desk players visibly counting but they carried it off. The Dies Irae movement with the relentless rhythms ably underpinned by weighty percussion  (seven in the section) was especially impressive and there was some lovely work from harpists, Milo Harper and Alex Tindall.

Pictures at an Exhibition, of course, as we now usually hear it owes as much to Ravel’s orchestration as it does to Mussorgsky’s original piano suite. In this intelligent performance Brian Wright allowed every soloist and solo section  – some excellent playing here – to ensure that we noticed their contribution but without ever letting the piece feel bitty. It sailed along with warmth, fireworks and lots of colour. At the end Wright stood tuba player, Andy Bridges up first and quite right too. His solo was splendid as was Mike Austin’s work on alto saxophone. And The Great Gate of Kiev, the final section, with those evocative tubular bells and cymbal clashes must have sent every member of the audience away with melody ringing in their heads.

Yes, the season is off to a fine start. Roll on 1st December.