An afternoon of Baroque scenes made for a pleasing sequence from Opera South East. With a small chamber ensemble under Kenneth Roberts and the welcome addition of the Fipple Consort of recorders, the scenes flowed smoothly, bookended by Purcell but taking in on the way works by Monteverdi, Handel and Gay. Perhaps the most unexpected delight was the two arias from Telemann’s Pimpenone.

The afternoon drew on solo voices from the chorus who were appropriately dressed with white Georgian makeup and wigs above black costumes. They came into their own as the low-life in excerpts from Gay’s The Beggar’s Opera while also filling in as shepherds and rustics along the way.

Soprano Lucy Ashton proved to be the star of the show, if such a one were needed, moving effortlessly from Purcell’s Night to Dido, whilst also giving us Poppea and Cleopatra. Within the confines of the Manor Barn her voice was pleasingly warm and emotionally moving, particularly in the death of Dido.

A remarkably full house made for an intimate and rewarding afternoon.

Considering the status of King Arthur in our national myth it is surprising that there are so few works based on the stories. Purcell’s King Arthur immediately springs to mind, but there is precious little between that and Spamelot. All the more welcome then Keith Beal’s reworking of the Merlin stories which received its world premiere last weekend. 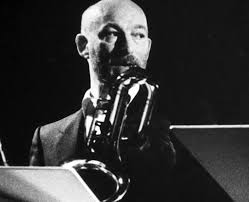 Marcio da Silva briefly described for us at the end of the evening the process by which the event came about which went someway to explain its somewhat surprising presentation. For this was not a straightforward staging. A brief overview might help. The first act was in costume and staged, though the strongly voiced Merlin of James Schouten was singing from the score. The second act  found the cast all in black singing from music stands with a minimum of lighting. The final act brought some of them back in costume though the rest were still dressed as for a concert performance, and there was a projection of war images on the rear curtain.

If the text had been somewhat clearer this may not have mattered but there was a distinct problem with the clarity of diction even when the singing itself was universally excellent.

The layout in St Mary’s was at times beneficial – the singers project well from the centre but less so the further away they are – and the chamber orchestra was placed near the control desk where Marcio had a clear view of all singers and instrumentalists.

Keith Beal’s writing is at its strongest in the duets and ensembles. There are effective confrontations between Merlin and the Nimue of Helen May, and powerful interchanges between her and Caroline Carragher as Morgan La Faye. The Quartet which ends act two and the final ensemble work very well and create an emotive impact which is too often lacking in the monologues.

The orchestral writing is heavy on brass and woodwind, often strikingly so, but the pace often feels relentless with little change of mood or sense of introspection. Like Michael Tippett, Keith Beal is his own librettist, which is a mixed blessing. Clarity at times is starkly impressive but repetitions of What are you doing here? and a love scene which ends with Can’t you see you are the one for me? may work for a musical but seemed out of place in a narrative which is dealing with ancient architypes and mythological characters.

Excellent that Hastings Philharmonic is taking on new and challenging works, even if they may not have quite the impact hoped for.