This is the second revival of David Alden’s production and in many ways the strongest and most telling to date. Much hinges on the vulnerability of Sarah Tynan’s splendid Lucia. Her tiny frame, encased in a voluminous crinoline and tight lacing, is constantly at the mercy of the misogynistic society which surrounds her. That she sings the part with great sensitivity as well as having a voice which easily fills the theatre is near miraculous given the constant physical threat to her very presence. David Alden’s stark reading of the text is now more pertinent than when it was first staged and our awareness of sexual harassment and passive-aggressive behaviour ever more obvious. 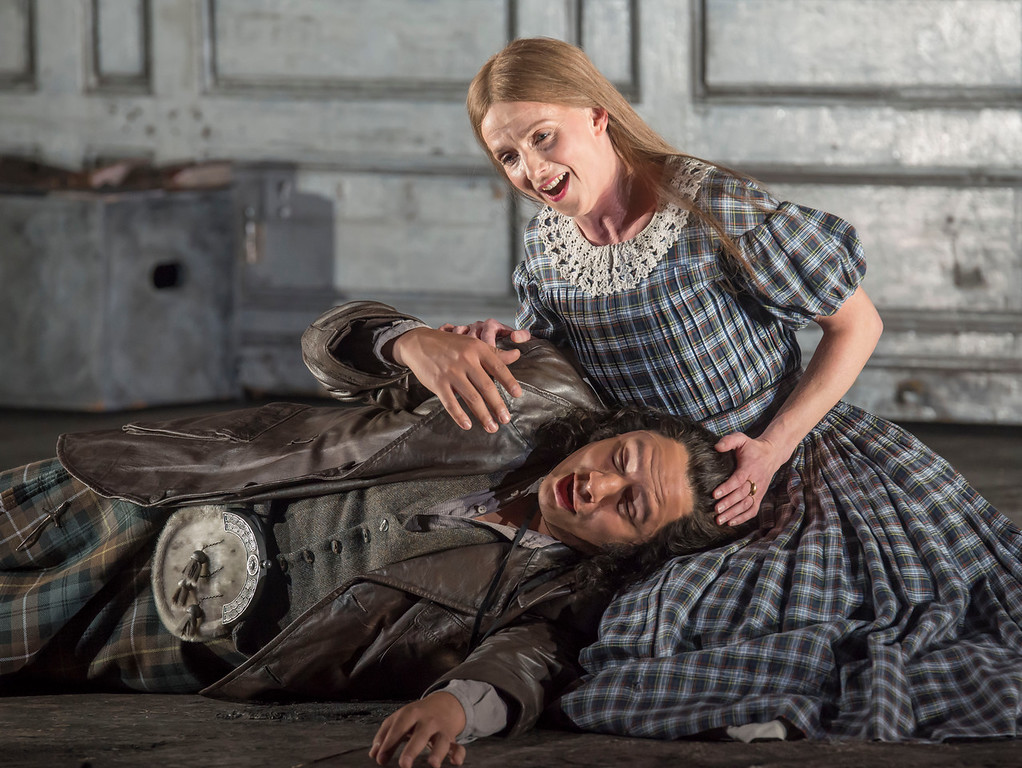 While her brother Enrico, sung with great and overt passion by Lester Lynch, is unable to contain his incestuous desires, it is Clive Bayley’s Raimondo who is even more objectionable as a canting prelate, whose diction is all too clear. Michael Colvin’s oleaginous Arturo is a vile individual and there is little sense of remorse either side of the footlights when Lucia kills him. Even her lover, Edgardo – Eleazar Rodriguez, in better voice than in last season’s Rossini – is a nasty piece of work and it is difficult to see him through her eyes. The only other female on stage, Alisa, wonderfully created by Sarah Pring, can do nothing to assist Lucia as she is too obviously at the lower end of the pecking order.

The chorus are strictly divided, the men having authority within their own sphere while the women are below them – a point beautifully identified at the end of the marriage scene where the women are seated with their men standing behind them, keeping them firmly in their place. 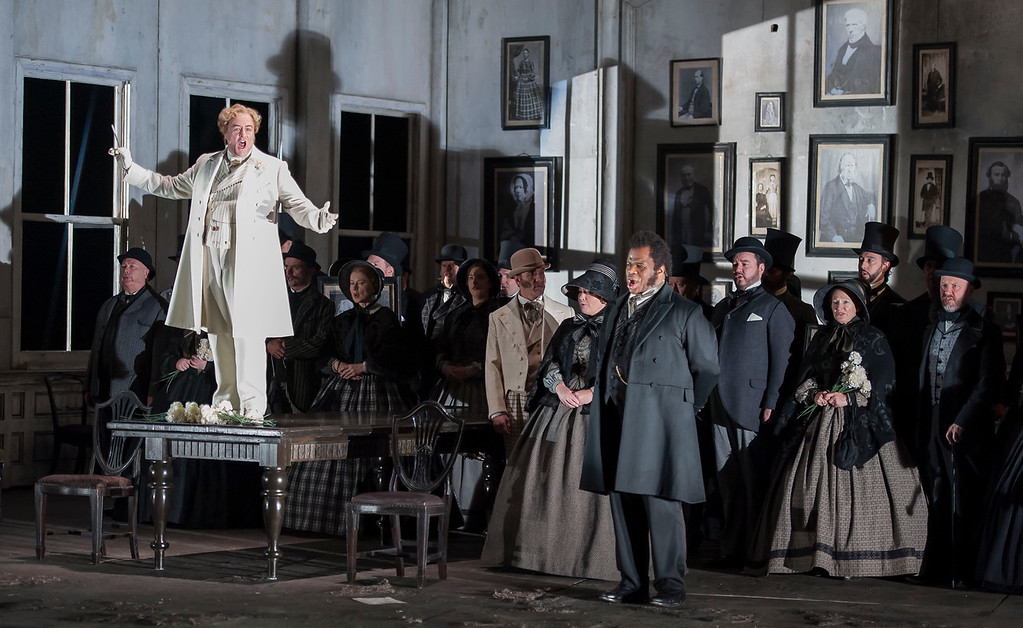 Stuart Stratford creates a romantic warmth from his orchestra which is totally in keeping with the visual and dramatic dichotomy proceeding on stage. The clash of styles heightens our understanding of the dysfunction taking place.

It is good to see this production again and hopefully it will not be for the last time.