Number one selling operatic trio Tenors Unlimited, the ‘Rat Pack of Opera’ will be performing Christmas charity concert at Opus Theatre Hastings on

Number one operatic trio Tenors Unlimited, the ‘Rat Pack of Opera’, will be performing a Christmas charity concert at the Opus Theatre, Hastings on Friday 7th December 19:30 in aid of local charity The Little Hands & Art. They will be joined by local choir Guestling-Bradshaw C.E Primary School. The group is currently touring the UK and will touring the USA and the UK next year. Jem Sharples, a member of the group, is from Hastings. 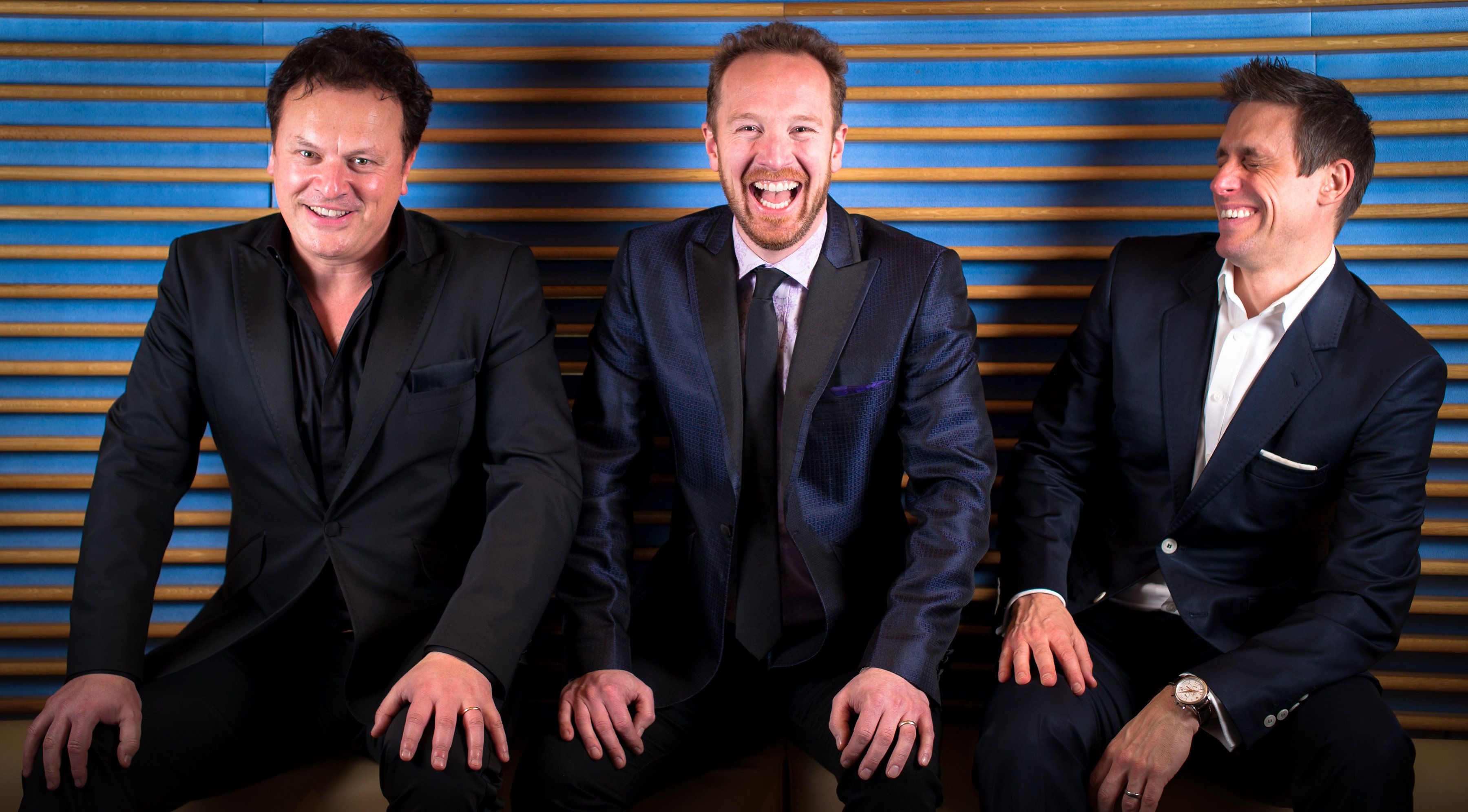 This is fresh from Tenors Unlimited’s recent chart-topping success with “Who is He?” in aid of The Salvation Army which went in at number one on the iTunes classical chart.

Jem Sharples from Tenors Unlimited who lives in Hastings says “We’re delighted to be performing in my home town and hope as many people as possible attend to support The Little Hands & Art, which is such a worthy cause. This will be a special Christmas concert with lots of favourites.”

Tenors Unlimited – Paul Martin, Jem Sharples, Scott Ciscon – will be performing Christmas favourites such as “Oh Holy Night”, “Silent Night”, “Have Yourself A Merry Little Christmas” and “Hark the Herald Angels Sing” as well as diverse and fun songs from their current theatre tour “From Venice to Vegas”. This will include ‘Nessun Dorma’, “Can’t Take My Eyes Off You’ and songs written by the group themselves.

Tenors Unlimited has performed alongside such notables as Sting, Lionel Richie, Beyoncé, Hayley Westenra, Simply Red and the Royal Philharmonic Orchestra to name a few. During 2017, they have been playing to sell out shows in the USA and Bermuda and are currently touring the UK. See footage of their performanceshttps://www.tenorsunlimited.com/media

Local charity The Little Hands & Art (formerly known as Hands around the World) was born after the tsunami in 2004 which struck Thailand. The charity raised money for children caught up in it and who lost everything. The charity bought a mobile art unit which provided art therapy for distressed children and continues to help other children from deprived areas or in stressful situations. The charity continues to provide food and medicines for poor families and supports an orphanage. More information: http://bit.ly/2ikZEa6

Guestling-Bradshaw C.E Primary School Junior Choir has performed at concerts and events in Hastings, performed at Hastings Music Festival and was runner-up in the 1066 Choir Competition last year.

For 15 years, Scott Ciscon, Paul Martin and Jem Sharples have entertained audiences throughout the world.  Using talents honed in their previous solo careers in opera and theatre, they bring their own blend of wit, charm and vocal arrangements to their performances. Alan Titchmarsh OBE said “21st century tenors, great fun, great voices and a great evening.” Tenors Unlimited sang at the memorial service for football legend Sir Bobby Robson and sang live at Wembley Stadium at the FA Cup final.

Jem Sharples from Tenors Unlimited says “We perform a wide repertoire of all music so there is sure to be something for everyone.”

Their latest album “The Journey” can be purchased online from their web site www.tenorsunlimited.com via iTunes, Amazon and GooglePlay.