The ability to stage oratorio convincingly has come on in leaps and bounds over recent years and Daniel Kramer has produced his finest work to date with this timely presentation of Britten’s War Requiem.  Rather than create a distinct narrative, the scenes flow with the inevitability of the structure of the mass itself. We are moved as much, if not more, by those who survive than those who have died. The jokey approach to Out there reflects the reality that death is not the problem for a solider but surviving maimed and essentially inhuman. Equally powerfully, the women at home, waiting, the traumatised children are all victims of the insistence on violence. Britten’s masterly combination of the Latin text with Wilfred Owen’s poems here seems even more apt, bringing the personal into direct contact with the universal. 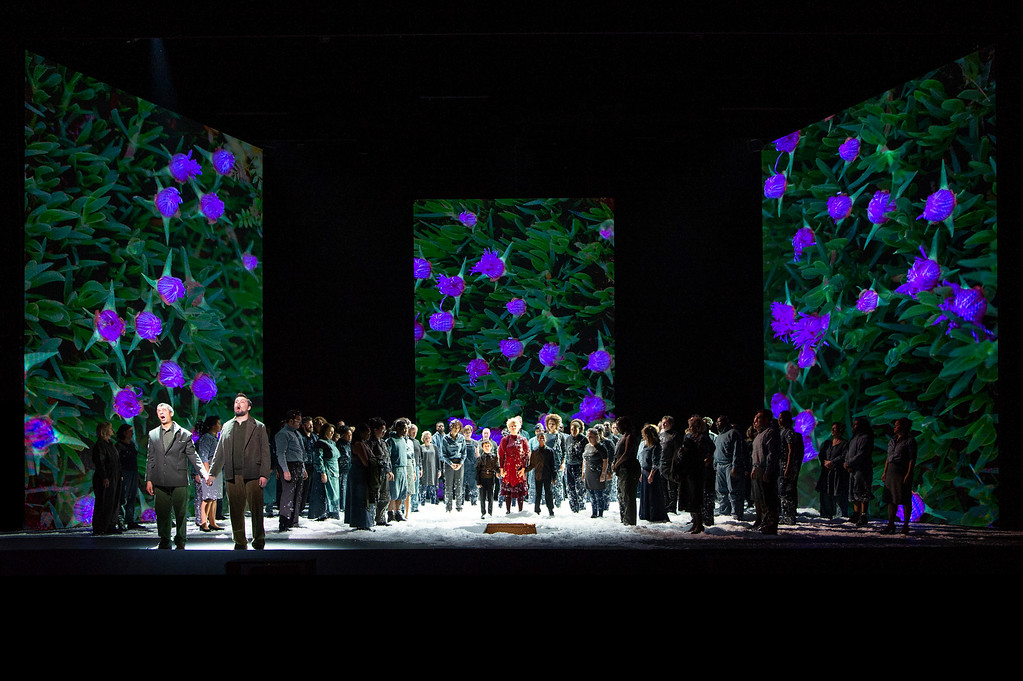 For this the large chorus – drawn from the regular ENO singers and the special chorus for Porgy and Bess- is stunningly effective, not only in its attack and edge in the larger scenes but their physical presence on stage either as dying, sleeping or escaping masses caught-up in conflict.

The two male soloists help us here to identify and pinpoint the individual suffering of those in war. Tenor David Butt Philip and baritone Roderick Williams could hardly be bettered, not only in the sensitivity of their singing but in the shifts in characterisation as the evening progresses. Setting So Abram rose with a group of children was a masterstroke, moving from a fire-side story to the calamitous reality of mass killing.

Daniel Kramer’s approach to the soprano part was more complex. Emma Bell brings enormous strength to the part and becomes something of an earth mother as Britten keeps her within the Latin setting, so that she can only empathise with events at second hand. This becomes a strength as her presence often seems to comment on events rather than engage in them. At the end she is left alone on stage in the snow by a grave with two boys – all the rest are gone.

Wolfgang Tillmans’ designs are always telling and frequently add an extra layer to the sub-text rather than simply providing a background. The sudden snow storm is a brilliant coup and the sense of winter and death remains until the end. It is these final scenes which are the most moving. The early use of WWI photographs and the references to Srebrenica though apt seemed to distance us from the emotional engagement of the final scenes.

Martyn Brabbins holds all his forces together with consummate skill and frequently shattering effect. 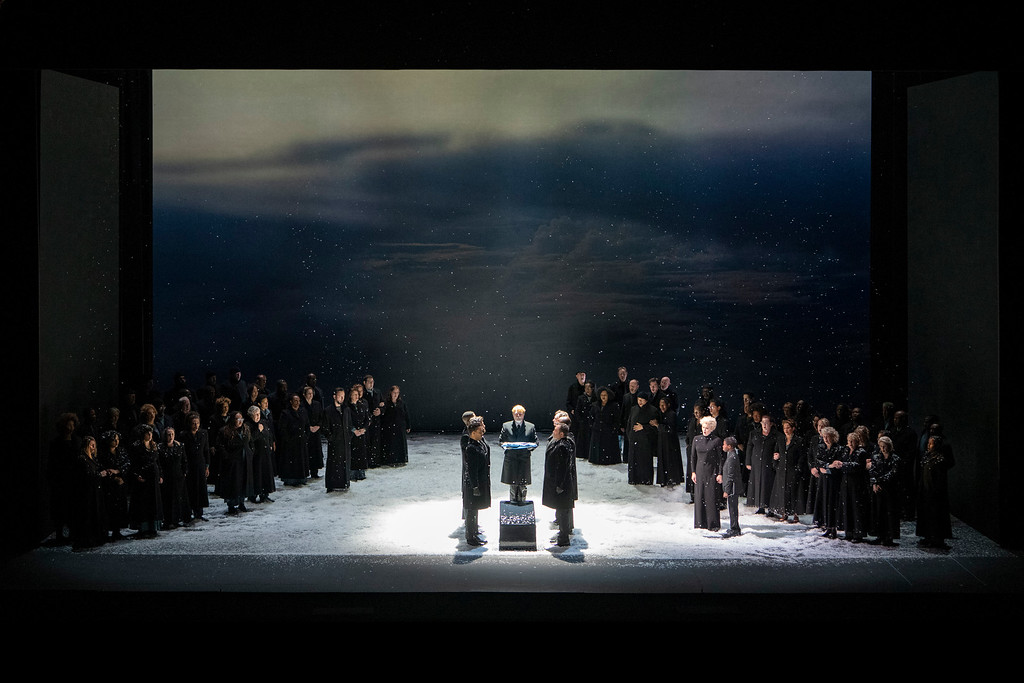 The only thing that is lost in a staging like this is the musical disparity Britten deliberately creates. We are not really aware of the chamber orchestra – though it is more evident in the theatre how quiet many scenes are – and the children are very obviously present rather than the ethereal voices envisaged. But this is a tiny issue and far, far out-weighed by the success and impact of this staging.