This recording presents this 1588 publication from Byrd in its entirety over two discs. As such it is a fascinating insight into the variety of music collected together in one published volume. There is music for funerals and with other sacred themes as well as lighter secular songs expressing a range of emotions. Much care has gone into this production.

MUSIC FOR THE KING OF SCOTS

Judging from the subtitle to this CD I was expecting a lighthearted entertaining programme. This is a fine recording but it is not a lighthearted listen. The title refers to James IV’s residence, Lingithlow Palace, and the music is devotional, as may have been heard in the chapel there. On this occasion, as the chapel is now ruined, the decision was made to attempt to reconstruct the acoustic properties of the building. This process was part of a project funded by the Arts & Humantities Research Council, “Space, Place, Sound & Memory: Immersive experiences of the past”. By scans, 3D modelling and recording in an anechoic chamber this is as authentic as historic reconstruction gets. The main work is Missa Horrendo subdena rotarum machinamento (‘Catherine Wheel Mass’) Alongside this is a Magnificat from the Carver choirbook and three shorter pieces including the chant from which the mass takes its name. Fascinating.

This CD weaves together music by Debussy, Crumb, Messiaen Takemitsu, and Diana Rotaru together with a short piece and arrangements of Debussy by the performer. There are clear links between many of the works and together they make for a very entertaining, original programme. There is much to discover here.

Hertel was a prolific 18th century German composer and like other contemporaries of his was born into a family of composers. He was an accomplished performer on the violin and harpsichord. He became a court composer and wrote much sacred music as well as instrumental works such as those featured here. The CD comprises 2 Sinfonias, 2 Cello Sonatas and an Organ Sonata.

THE ORGAN TRADITION OF APULIA-NAPLES

Don’t be put off by the title! This recording may be a little ‘niche’ but it is exciting and well produced. Spanning the 16th to 18th centuries the music included here is often virtuosic and is brought to life brilliantly on this historic and appropriate instrument. Several pieces have not been previously recorded and I would suggest that, despite its age, to many listeners much of this music will be new. 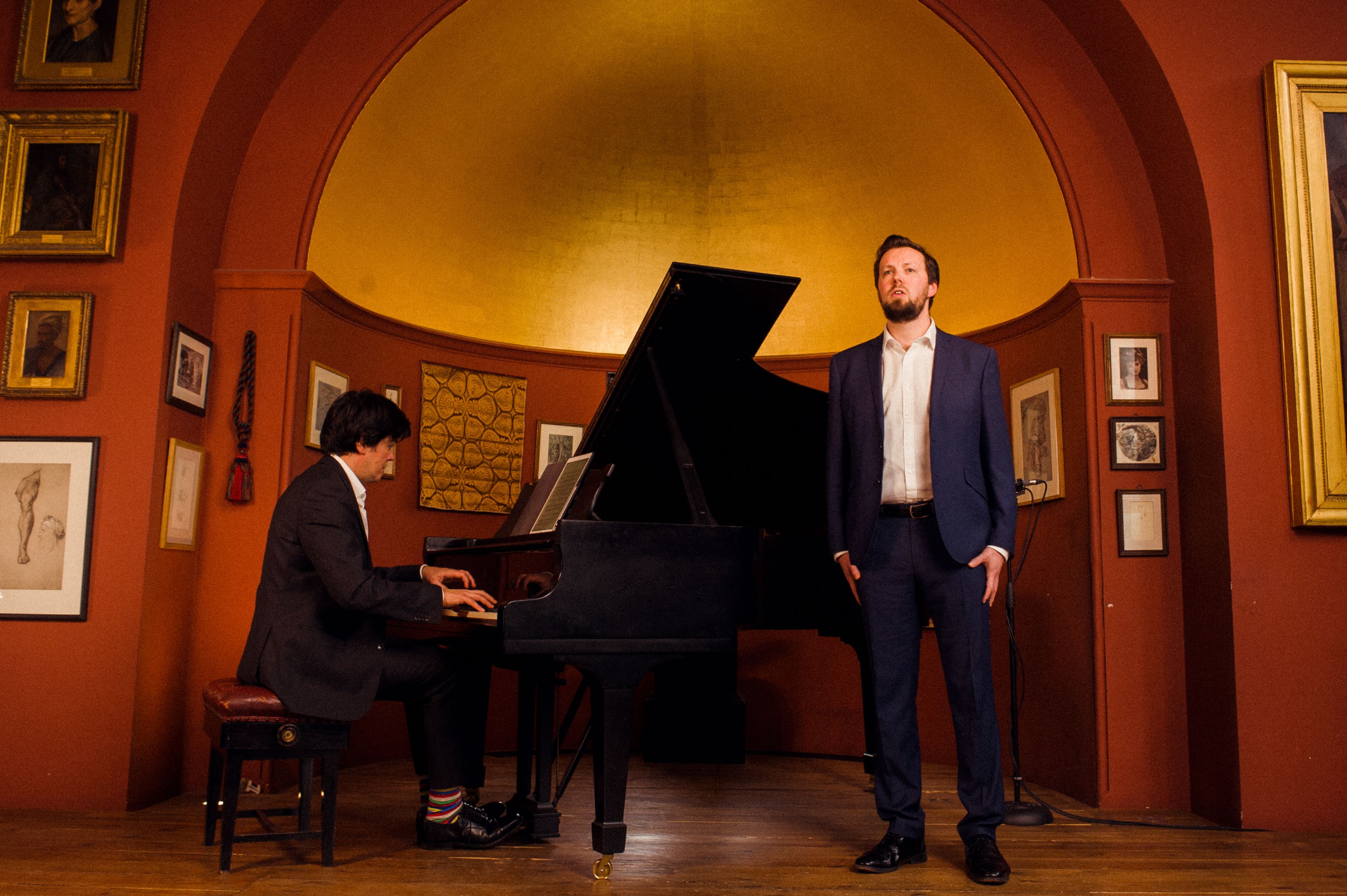 Ahead of the 150th anniversary of Ralph Vaughan Williams’s birth in 2022, Opera Holland Park is releasing a performance of The House of Life. Leading British tenor David Butt Philip and the acclaimed pianist and accompanist James Baillieu were filmed for Opera Holland Park by Simon Wall at Leighton House Museum.

Contemporaneous with Vaughan Williams’s bracing Robert Louis Stevenson cycle, Songs of Travel, the song cycle The House of Life is an uninhibited and intimate celebration of mutual love. It draws together six of the most delicate, devoted and delirious sonnets by poet and artist Dante Gabriel Rossetti: Love Sight, Silent Noon, Love’s Minstrels, Heart’s Haven, Death in Love and Love’s Last Gift.

James Clutton, Chief Executive and Director of Opera, says:
“David has graced the stage at Opera Holland Park many times, always with that dazzling voice and that golden talent. We had long been discussing ideas for possible recitals but when David suggested The House of Life, I wanted it to be the first in a new series of OHP recitals. It was a pleasure and a privilege to be there at the filming and hear the soaring music of Vaughan Williams, the alluring words of Rossetti and the partnership between David and James Baillieu, and to enjoy the experience of being transported away from 2021 to another time and place – a perfect place at that.”

The House of Life will be streamed via the company’s YouTube and Facebook channels at 7pm on Tuesday 13 April, with a suggested donation of £5. It will be available to watch on demand until 30 April.

Opera Holland Park would like to thank The Vaughan Williams Charitable Trust for making this project possible.