As with all such online experiences there is the benefit of uninterrupted listening, a front row seat with excellent views and no rush to catch the last train home! 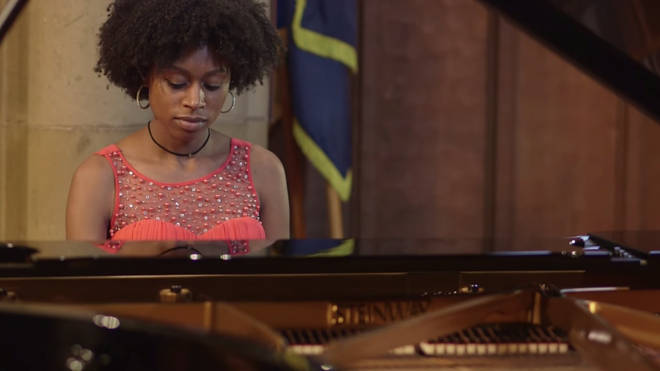 Pianist Isata Kanneh-Mason brings her assured but graceful presence to the platform and draws the listener in from her opening bars. This “personal selection of poignant music” is a beautifully programmed, contrasted set of piano works from names that may be familiar but are not really mainstream. Bookended with substantial works by Clara Schumann the concert begins with the Piano Sonata in G minor and ends with the Scherzo No 2 in C minor. A varied selection of song arrangements from Coleridge-Taylor’s 24 Negro Melodiesand the dramatic posturing of Gubaidulina’s Chaconne provide much interest. The reflective Notturno returns us to Clara Schumann before the final work.

Beautiful music in fine performances form a pianist who communicates so well. It just seemed a shame that without an in-house audience the performer receives no applause.

There are at least three good reasons for catching this short film from Opera Holland Park. Firstly, it is pleasing to encounter a work which doesn’t get many outings. Secondly, the rich resonance of David Butt Philip’s tenor voice is stunning. Thirdly, the musical rapport between him and pianist James Baillieu hits you between the eyes, especially during rubato passages. 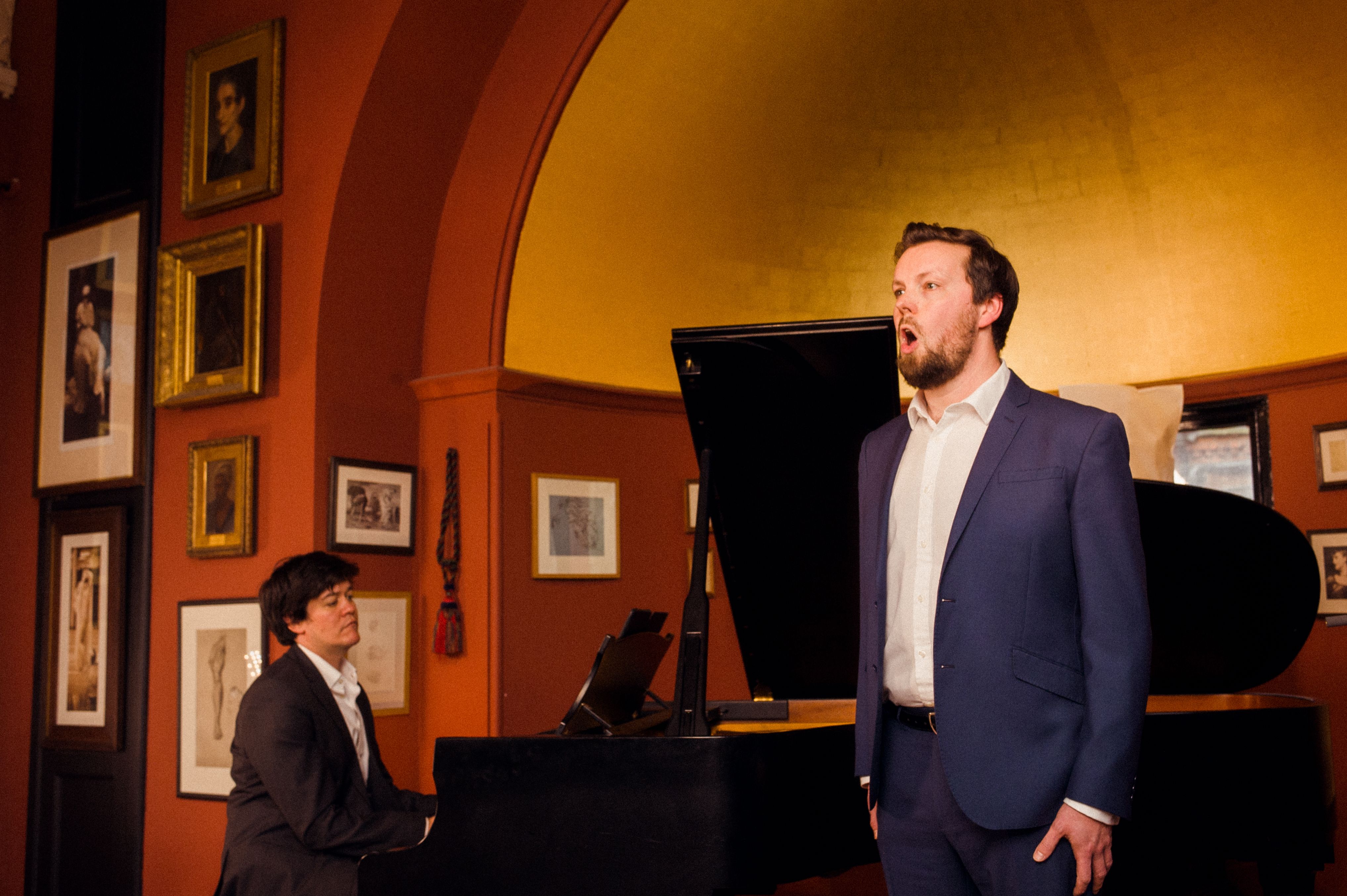 The House of Life is a song cycle setting by Ralph Vaughan Williams of six of Dante Gabriel Rossetti’s most heartfelt love sonnets. RVW wrote this in 1903/4 when he was in his early thirties. The poems, addressed to Rossetti’s troubled wife Lizzie Siddal, who died in 1862, had been published twenty years earlier.

Early RVW it may be but many of the hallmark intervals and harmonies are already there, especially in the third song Love’s Minstrels. The poems are through-set: lines sung one after another like a recitation in music without any of the repetition you get, for example in Baroque settings. Consequently they seem very direct and focused.

Philip delivers the big intervals, including octaves, with charismatic eloquence in Heart’s Haven and brings both passion and precision to Death in Love, with its fanfare intro and heavy chords for the dramatic climax.

James Baillieu, whose music is bravely on a tablet, has a terrific range of moods from a thoughtful, right hand introduction to the tortured ebullience which drives several of these pieces.

Leighton House, where this film was made, has a very warm acoustic which really adds an extra dimension to the recital. It was an appropriate choice, too, since it is very close to Holland Park and Frederic Leighton and Rossetti were friends.

Rossetti’s paintings are almost as well known and loved as Leonardo da Vinci’s or Rembrandt’s. He was also highly acclaimed as a poet in his own day. I have to say that his verse hasn’t stood the test of time very well. There’s only so much “deathless dower” and “hurtling harms” that a 21st century listener can take. That could just be why this work isn’t performed very often.

I am unsure how this actually got to the point of being sold. Who – if anyone – was responsible for quality control? The sound throughout is appalling, as if there was a single microphone somewhere close to the orchestra and singers voices effectively vanished as they moved further upstage. This would be bad enough if the production warranted it but the grotesque costumes and lack of any sense of intelligent direction make this a painful experience. Some of the singers do themselves some justice vocally but the concept is so amateur as to be laughable. Rhine maidens on trampolines and Loge arriving by flying boat give an indication of the stream of ideas which misfire throughout. I thought, after many recent eccentric approaches to the Ring that I had seen it all. It appears I had not.

Paganini: Works for violin and guitar

Paganini was a showman and many of these pieces live up to that expectation, needing a virtuoso performer – which Roberto Noferini certainly seems to be able to bring to them. Most are light weight, charming and easy on the ear, but this still allows us to appreciate the dexterity and sheer professionalism of the playing.

This is another in the series of fine live recordings, made on this occasion in Munich in 2015. Bruckner’s Sixth is something of an exception within the composer’s opus being shorter and more compact than his usual approach. This may reflect his growing sense of security and recognition both as teacher and as composer. Though he did not live to hear the work performed complete he was very aware of its strengths and the admiration with which individual movements had been received.

Something of a mammoth undertaking but a very convincing compilation even if most of us would not want to sit down and listen to nine concerti in succession. However, taken in bite size chunks this is an entertaining and convincing demonstration that Haydn seems incapable of ever being dull.

It is difficult to make a case for another recording of the Sibelius Violin Concerto (unless possibly in its original version which I feel needs to be far better known) so I assume this is a good excuse to get Nors S Josephson’s Celestial Voyage on disc. The work was completed in 2019 and draws not only on his close understanding of Sibelius but his love of rock n’ roll and in particular Space Rock.

These are premiere recordings of what promises to be an extensive series to cover the major works of Stradella, though one has to admit that very little is actually known about him. As an introduction these go a long way to introduce us to his individual style and emotional impact.