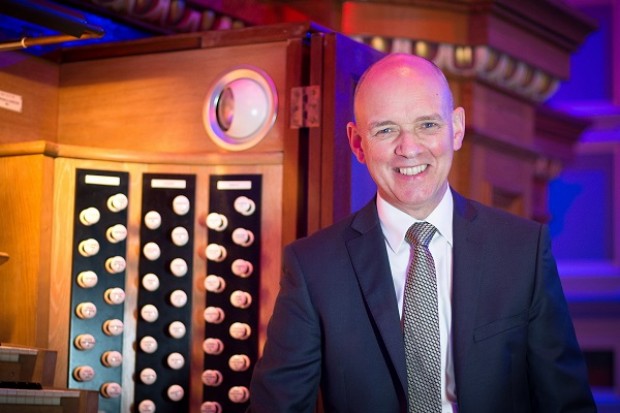 All Saints Church, Old Town, Hastings was recently the setting for a double celebration. Not only did 5th July see the resumption of the long-running summer organ series after the cancelled previous season due to Covid but it also provided the first major platform for the organ since it has been restored by B C Shepherd & Sons. Throughout the evening, stalwart of the series, popular concert organist Gordon Stewart presented a programme that showed off many of the beautiful tonal colours of this instrument. He paid tribute to the Shepherd brothers, who carried out the restoration work, who together with other team members were present for the concert and Malcom Lock, Director of Music, who organises the concerts and spearheaded the restoration.

The audience were enthusiastic and despite current restrictions it was good to be able to gather once more for a concert such as this. The programme included the big and brash – WT Best’s arrangement of Handel’s Overture to the Occasional Oratorio, Bach’s Fantasia & Fugue in G minor and Widor’s Toccata. The chance to show off individual stops and quieter combinations came with Toccata for the flutes, an arrangement of John Stanley by Harry Wall, Harrison Oxley’s beautiful Clarinet Tune and Basse et Dessus de Trompette by Clerambault. The 2nd half opener Dance Suite by Noel Rawsthorne combined both with the beautiful shimmering flutes to the fore in Danse des Papillons and the opening and closing March and Line Dance romping away with popular tunes including Ilkley Moor baht’at, The Sailors’ Hornpipe and Old MacDonald!

Of particular interest was the inclusion of Four Short Pieces by Reginald Goss-Custard. Rarely heard and with the family connection to the area this was a lovely element of a programme that provided something for everyone – the known, the unknown, the old and the new, the reflective and toe-tapping. A beautifully restrained encore brought to an end this concert which heralds the beginning of another promising summer series with the instrument sounding better than it has done for many years and with an audience eager for more.