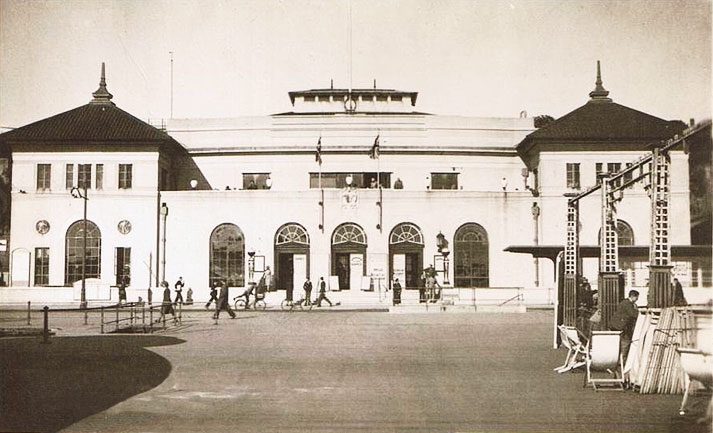 Our core aim remains as before – to put Hastings back on the map as a centre of excellence for classical music. We are ready to launch a season of 19 diverse and exciting concerts and intend to continue our dynamic work engaging with the local community, developing partnerships, and seeking out sustainable funding.

In 1871, Queen Victoria opened the Royal Albert Hall to pay tribute to her late husband, Prince Albert. This morning’s BBC Proms concert pays homage to the opening seasons of 1871 and 1880 with music inspired by the opening concerts almost 150 years ago. Sitting on the organ bench today was Westminster Abbey’s (previously St Paul’s Cathedral’s) sub-organist, Peter Holder. However, Holder is not new to the proms; his first debut was in 2019, where he performed Janá?ek’s Glagolitic Mass on its opening night.

The concert opened with Giacomo Meyerbeer’s Coronation March from his grand 1849 opera Le prophète. While listening to this stately march, I found myself lamenting that Meyerbeer’s operas are rarely performed nowadays. Nevertheless, with all of the organ stops drawn out, I was moved by the works imperial and palatial character.

No organ recital is complete without J.S. Bach, or so they say. Bach’s Fantasia and Fugue followed in a more reposed style. Holder chose a combination of quieter stops for the Fantasia, which was highly effective; it allowed one to adjust oneself to the complex eccentricities of Bach’s complex contrapuntal writing.

Moving forward 200 years, Charles-Marie Widor’s Allegro Vivace from his Symphony No. 5 followed. Most may recognise the infamous final toccata movement, notably played at weddings during the bride’s departure. However, Holder executed this opening movement with dynamism and vigour. His agility shone mid-way through where he drew the organ’s flute stops demonstrating Widor’s delicate but tortuous melodic writing. The work ends with a triple f, or ‘as loud as you can go’. Colloquially, the organist is forbidden to draw all of the stops at once at the Royal Albert Hall, as it is said to damage the brickwork due to the vibrations!

Now, onto what I was most looking forward to hearing; the Fantaisie No. 1 in Eb by the French 20th-century composer Camille Saint-Saëns. The Albert Hall organ was built in a ‘British orchestral’ style and is thus not commonly suited to French romantic organ music with heavy French diapasons and nasal reeds. Nonetheless, Holder performed the music of this centenary composer with much deftness. The highlight of this piece was the cadenza passage before the final few chords, where each hand plays the same notes by an octave apart. With the Albert Hall’s considerable acoustic, Holder managed to articulate every note so that the audience could precisely hear what Saint-Saëns had to say.

The final work in the programme was Franz Liszt’s infamous work Fantasia and Fugue on the plainchant ‘Ad nos, ad salutarem undam’. The longest piece in the programme by a whole 20-minutes, this work was best saved to the end. Often considered one of the most challenging works in the organ repertoire, with its fast-changing harmonic progressions and dexterous melodic runs, Holder performed the piece with an incredible amount of ingenuity. The work has passages that are much akin to the organ writing of Charles-Marie Widor, whom we heard earlier, and the aesthetic of the two composers placed in the same programme created a noticeable synergy. Before the work ends, Holder managed to show off the organ’s Tuba Mirabilis stop, the loudest solo stop on the organ. Overwhelmed by the turbulence of the sound, Holder received a much-deserved standing ovation, followed by an invitation from the audience to play an encore, which he unfortunately declined.

What an extraordinary end to the concert; I am sure that this will not be the last time we see Peter Holder at the BBC Proms over the coming years!

This concert presented High Romanticism in several guises. And that meant lots of emotion and more beautiful melodies than you could shake a stick at – all under the baton of a holistically inclined conductor who places the music centre stage rather than resorting to showy, look-at-me gesturing.

We began with the angry majesty of Beethoven’s Coriolan interspersed with passages of gossamer lightness before the most dramatic of pianissimo endings – a fine performance of an old favourite which still managed to sound fresh and interesting.

The central work was Schumann’s piano concerto which written for and premiered by his wife, Clara, in the early 1840s. Kirill Gerstein played it like a glorious duet with orchestra. In the first movement, for example, his incisive A minor rippling was perfectly punctuated with orchestral interjection with Bychkov paying loving attention to every nuance, The delicacy of dialogue between piano and orchestra was like an intimate conversation in the middle movement too.

A big orchestra like the BBC Symphony Orchestra, on this occasion spaced out 2021-style, somehow filters the sound so that you hear everything separately and clearly. Sometimes that feels a bit disparate but here it brought out to good effect elements such as the horn entries in the first movement and the clarinet continuo in the second.

Gersteins’s encore was a virtuosic delight too. I was expecting a jazz piece because that’s his other field of interest. In the event we got a Bussoni transcription of a Bach chorale. Only the (very) nimble fingered need apply – but Gerstein made it sound effortless.

And so, finally, with Mendelssohn to Scotland for an intelligent performance of the delightful third symphony. High spots included the clarinet solo in the second movement, a deliciously crisp Allegro vivacissimo and a rousing maestoso at the end with lovely horn work.

For me, though, the crowning glory was the third movement, the adagio. Based as it is round one of the most sublime melodies ever written it is all too easy to wallow. Bychhov, however, knows exactly how to make it movingly, poignantly tuneful without ever descending to gush – even when we get to the simple account of the melody on the horn.

I left the Royal Albert Hall, my head happily rattling with Mendelssohn, and pondering the current problems orchestral players have to grapple with. When are we going to stop this rule about not allowing string players to share a desk? From my seat in Block H, I could almost read the music on the back first violin stands. Much evidence of tedious photocopying, pasting and stapling lay thereon in order to make the page turns work. I think it’s time to get back to normal.