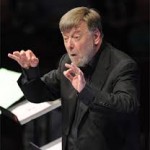 Amidst the plethora of Wagner this season, it was the prospect of a full performance of Tippett’s early masterpiece which roused my enthusiasm when I first realised it was to be performed, and I was not disappointed.

The lyrical creativity throughout is captivating and while the music is constantly new it also has an inevitability about it which makes us feel we have always known it. Mark’s heady song to the Lark is as much the outpouring of a young man in love as it is a hymn of praise to nature. Paul Groves brought an intense youthfulness to the roll, matched finely by Erin Wall’s many-faceted Jenifer. While these two move easily between the physical and the spiritual, the work is firmly rooted to the earth through Jack and Bella. Allan Clayton and Ailish Tynan were warmly convincing, particularly in the touching duets in act two which book-end the ritual dances.

David Wilson-Johnson made a very gruff and intimidating King Fisher, a man for whom compromise has no place and who is unwilling to contemplate that life may be more than just money and power. 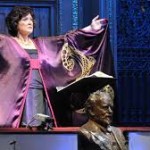 Catherine Wyn-Rogers brought authority to the spiritual centre of the work as Sosostris. Her act three solo is the key to unlocking Tippett’s philosophy which threads its way through the work without ever being overt. There have many concerns raised over the years about Tippett’s libretto but it seems to me that time has proved the quality and sensitivity of his text. Where other modern texts can date all too quickly, The Midsummer Marriage has no obvious anachronisms and its social relationships are still valid, its spiritual ones even more so.

The BBC forces under Sir Andrew Davis revelled in the demands of the score, the chorus adapting well to the sensitivities of the writing.

The performance is repeated this Tuesday 20 August.

Perhaps this performance will be released commercially – it certainly deserves to stand alongside the justly renowned recording under Sir Colin Davis. BH