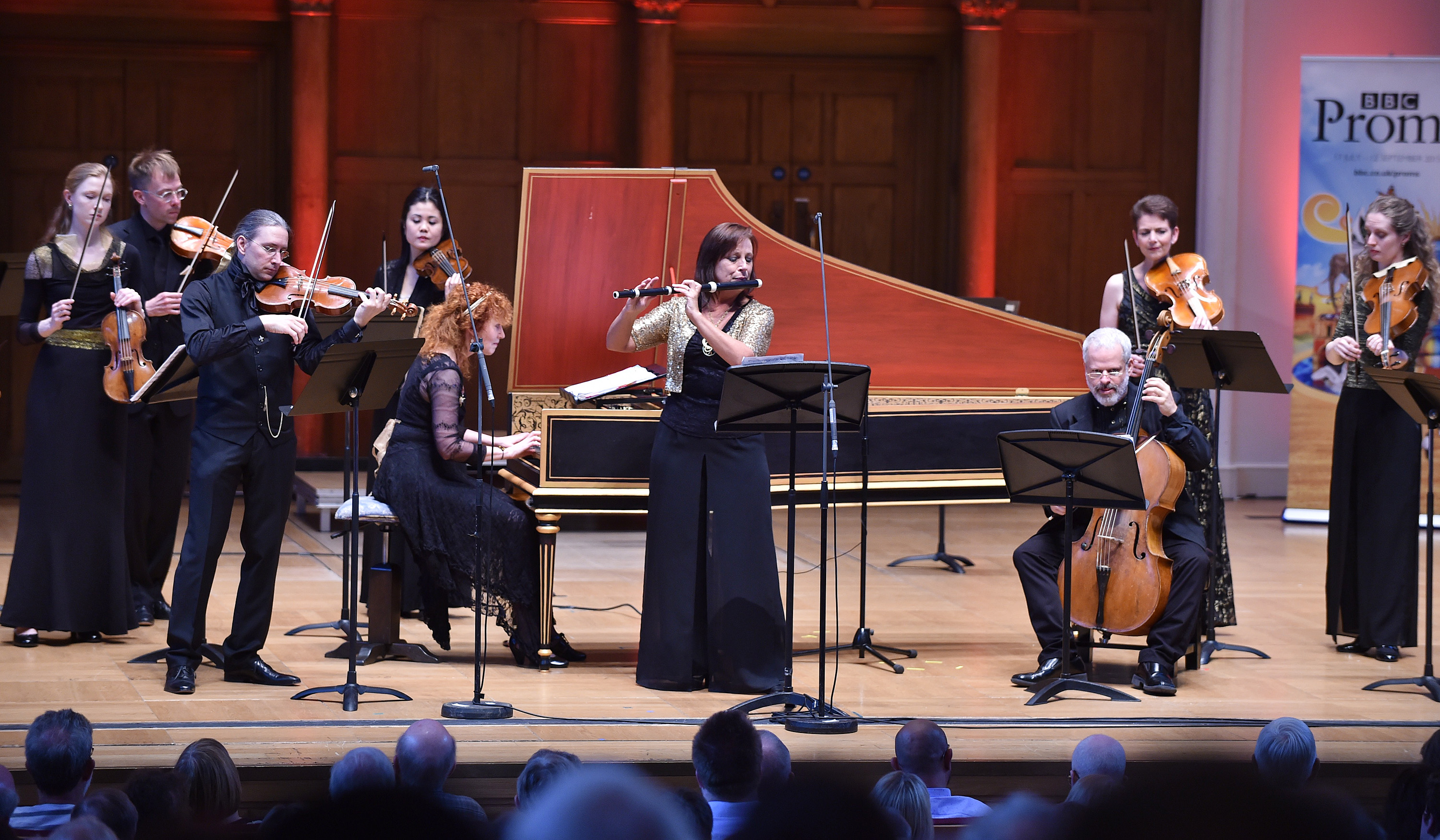 Apollo’s Fire were making their Proms debut this afternoon and invited us to join them in a Coffee House in Leipzig in around 1720. No problem with that except that the majority of the music offered was written well after this date and seemed to have little relevance to the concept. No matter in the long run for the music itself was pleasant throughout, opening with CPE Bach’s Symphony for Strings in B minor. The melancholy opening Allegretto gives way to a brief Larghetto and a final Presto which seemed closer to late Mozart than the baroque of the coffee house.

Vivaldi’s violin concerto RV234 brought Alina Ibragimova as soloist. The work is very brief and the ensemble almost took more time arranging themselves beforehand than they did actually playing. Thankfully the score was worth it.

The most pleasing section of the afternoon was a suite of pieces from Telemann’s Burlesque de Quixotte which involved some fine guitar playing from John Lenti.

The final two works, both by Bach, left something of a question in my mind. Alina Ibragimova returned as soloist for Bach’s Violin Concerto in E major BWV1042, and this was followed by the Fifth Brandenburg Concerto. While the notes were all there, there seemed to be a lack of communication with the audience. It was almost as if they were in a coffee house playing for themselves rather than for us. There was no doubting Jeannette Sorrell’s technical aplomb in tackling the harpsichord solos in the Brandenburg but both pieces lacked the impact which had come through in the Telemann. It may have sounded better on the radio, but then the listener has coffee to hand.