St John’s Church Hollington welcomed an audience of over a hundred to a captivating evening presented by Steve Corke, a leading member of the Hastleons, and Stephen Page, well known local organist and pianist. Their followers came with high expectations and were not disappointed. 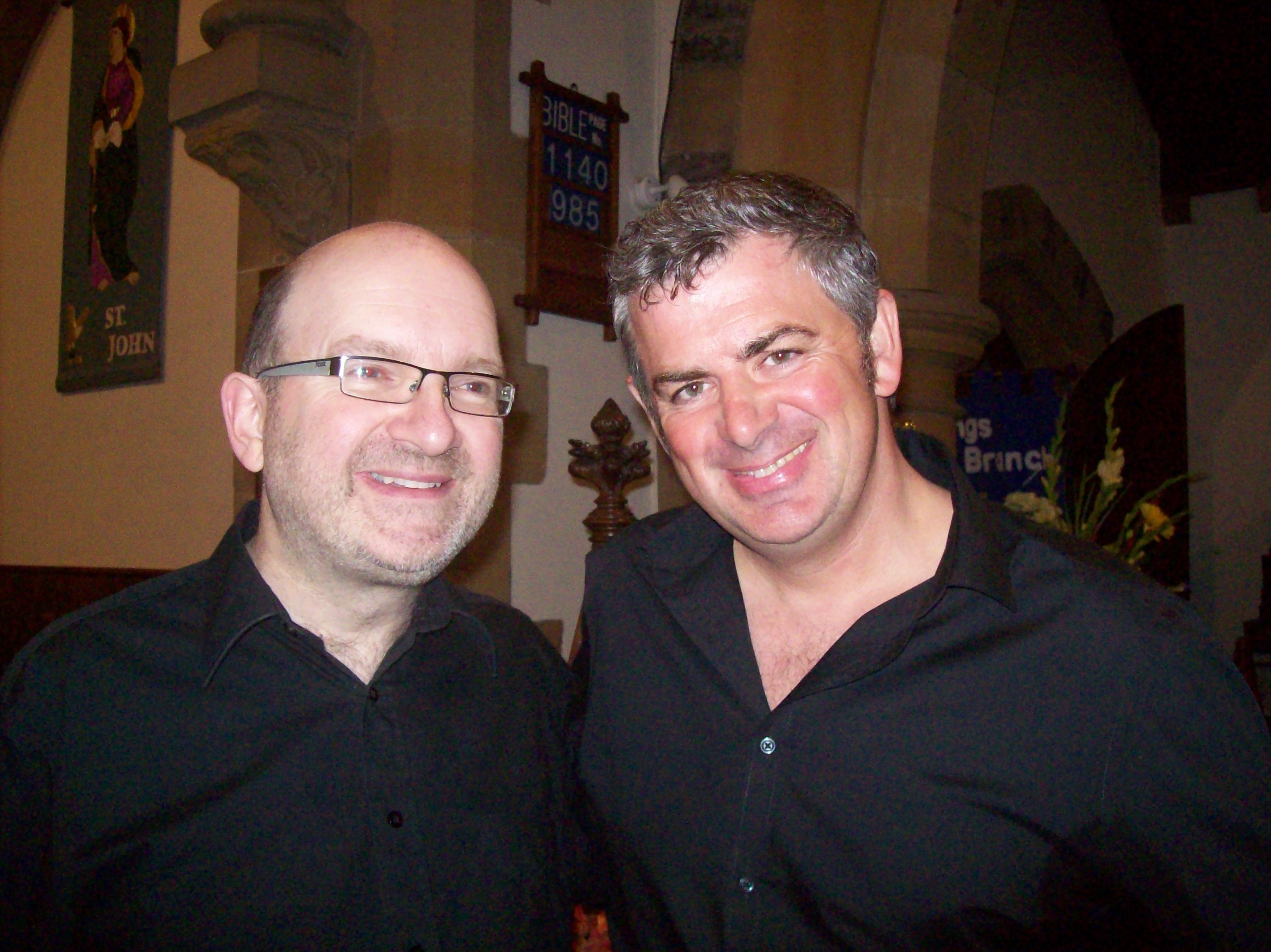 “On with the Show…”   opened with a rousing organ medley including There’s no Business like Show Business, and I do like to be beside the Seaside.  Stephen continued with Bach’s Toccata in D minor, thus introducing us to the versatility of the organ, which was further demonstrated by John Addison’s A Bridge too Far. By contrast, Stephen played the church’s digital piano for Monti’s dance Czardas, familiar even if one couldn’t name it!  The evocative Dream of Olwen, and Shostakovich’s popular Romance followed, and Stephen’s dexterity in Billy Joel’s Root Beer Rag dazzled us all!

Steve’s voice delighted, moved, and amused by turns, and his sensitive characterisation transported us into the contrasting worlds of the musicals. We experienced the fairground, the Opera, the French Revolution, and the Cold War. We enjoyed favourites like This Nearly was Mine, Anthem, Stars and The Impossible Dream, indulged our nostalgia with For Once in my Life, and remembered less familiar shows like The Fantasticks.

There were engaging surprises! Reminiscent of Just William, the pair gave a hilarious rendition of Terry Scott’s My Brother (“Who put fireworks in the coal? Who put a real live toad-in-the-‘ole?)  During Godspell’s pacey but thought-provoking All for the Best, Stephen left the piano to sing with Steve, and the instrument continued apparently playing itself!

Steve and Stephen’s infectious enthusiasm and relaxed enjoyment of performing together, suggested years of experience, though this was their first full-length collaboration since schooldays. The appreciative audience clearly hoped the duo would continue, and that St John’s Hollington would develop as a concert venue.

Donations were earmarked for church roof repairs.   As this work will soon start, the organ recital by Stephen Page at 3.00 pm on October 14th, will now take place at St Peter and St Paul’s Church, Parkstone Road, TN34 2NT.  Hope to see you there!