This rather elegant, intelligent Cosi is a good example of what can be achieved with six singers, a pianist and minimal props and set. Sung in Italian with “side titles” on small screens at the two edges of the playing area, it’s an enjoyably accessible take on the opera too. 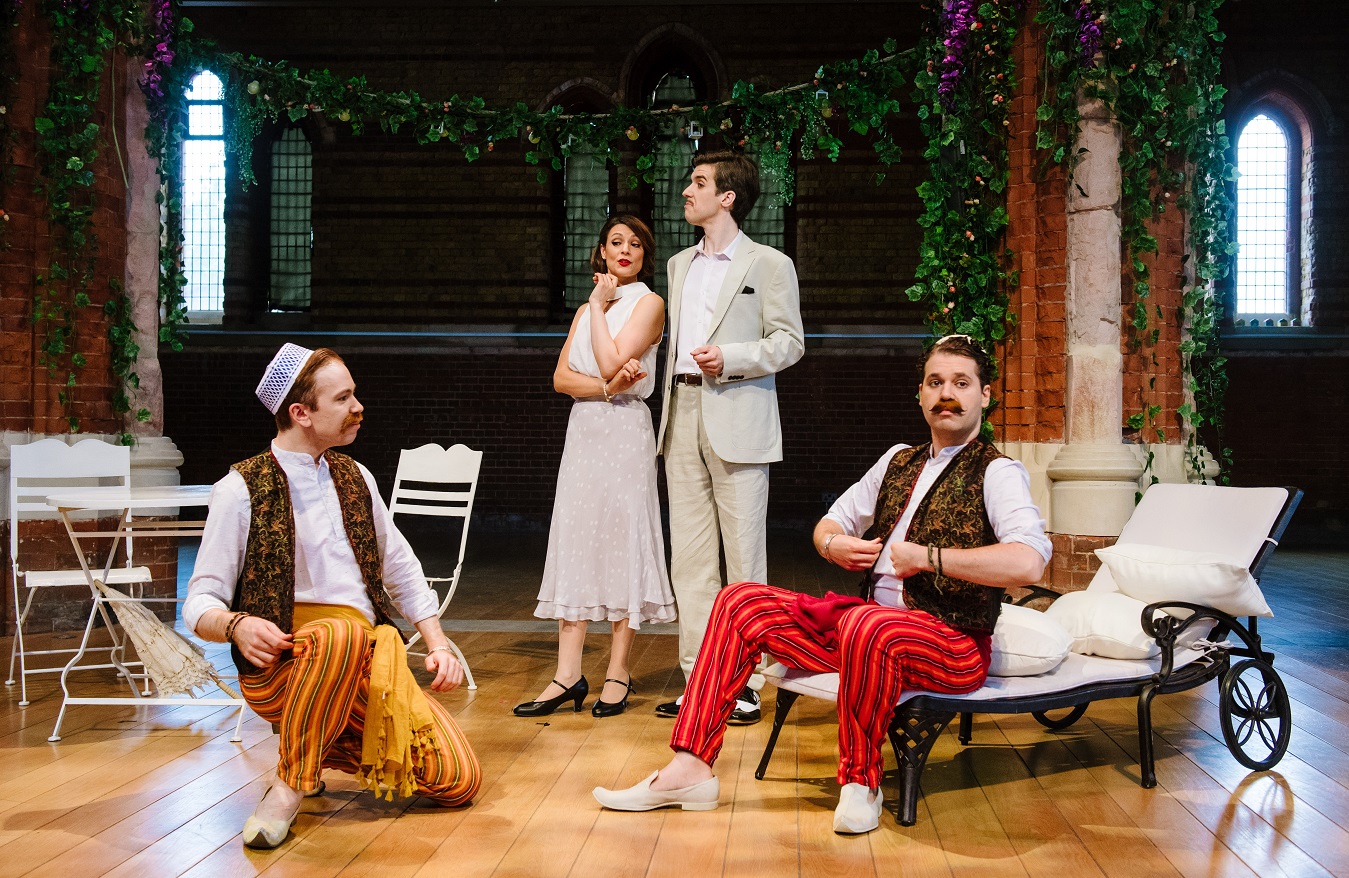 Honey Rouhani is a delightful Despina. She makes every note sound gloriously effortless and she talks, quips and jokes with eloquent, flashing eyes. Her cynical, rippling 6|8 number when she first tells Fiordiligi (Loretta Hopkins) and Dorabella (Phillipa Thomas) what she thinks about men is sung with terrific verve.

There’s a strong performance from James Williams as the scheming bass, Don Alfonso too. He makes the bottom notes ring out with resonance – and cheerful malice. After all it’s a cruel joke he’s playing on the two women who are famously each tricked into yielding to the other’s disguised fiancé – to prove that no woman can be trusted because “cosi fan tutte” which translates roughly as “they’re all the same”.

I especially admired the ensemble work in this production. Many of the trios, quartets, quintets and sextets are beautifully sung, well supported by the warm acoustic of St Saviour’s Church. The solo work is generally adequate but not, in most cases as noteworthy as the group numbers – with the exception of Robert Barbaro’s 3|4 aria as Ferrando which is exquisite.

Loretta Hopkins – whose Fiordiligi is really troubled by the events which overtake her and, for a long time passionately resistant to seduction –  is an outstanding, very convincing actor which more than compensates for the harshness in some of her top notes and thinness at the bottom. David Fletcher (as Gugliemo) is entertaining and a strong duettist. Thomas is a good foil to Hopkins and has an appealingly colourful voice.

And, on the night I saw Cosi, there was a terrific performance from Janet Haney on piano. She and Elspeth Wilkes have shared out the performance dates.  I am, however, doubtful of the wisdom of opening this show – which is already quite long – with the overture played on piano. It feels a bit odd as if we’re starting the evening with a piano recital. Moreover, at times, especially in the first scene the piano seems to be drowning out the singers. Perhaps it is mis-positioned and would be better behind the action, further away from the audience?