After forty years and more than eighty revivals of operas from across the operatic repertoire, legendary director Jonathan Miller’s work returns to ENO in November with his beautiful 1930s-set La bohème. Inspired by the Parisian aesthetic captured by photographers like Henri Cartier-Bresson and Robert Doisneau, this ‘beautifully integrated piece of music theatre’ (The Guardian) marks its fourth revival since its first outing in 2009. One of Britain’s most exciting sopranos Natalya Romaniw makes her ENO debut as Mimì. 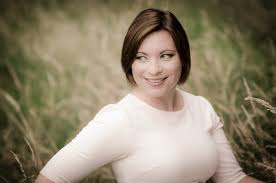 One of opera’s iconic tragedies, La bohème tells of the impoverished poet Rodolfo’s love for the doomed Mimì during a freezing Paris winter, here updated from the 1830s to the 1930s. Miller’s naturalistic storytelling along with Isabella Bywater’s richly observed design make this a perfect example of a first-time opera for new audiences. The cast includes Jonathan Tetelman in his ENO debut as Rodolfo and ENO Harewood Artist Nadine Benjamin as Musetta, with three other Harewood Artists taking principal roles.

Welsh soprano Natalya Romaniw is ‘one of the outstanding sopranos of her generation’ (The Daily Telegraph), hugely acclaimed for her roles as Tatyana inEugene Onegin for Garsington Opera (2016) and Welsh Nationa Opera (2017) (‘a Tatyana in a thouasand’ – The Sunday Times, ‘one of the performances of the year’ – What’s On Stage) and the title role of Jen?fa (‘a wonder to behold’ – The Daily Mail) at Grange Park. She was nominated for the Breakthrough category at the South Bank Sky Arts Awards in 2017.

Jonathan Tetelman is a fast rising tenor (‘a total star’ – The New York Times) who makes his European debut in this production. Praised for his singing of Rodolfo at Tanglewood earlier this year, he has won First Prize in the 2016 New York Lyric Opera Competition. His singing of Puccini continues in 2019 with a Cavaradossi in Tosca at the Festival d’Aix-en-Provence.

Musetta is sung by ENO Harewood Artist Nadine Benjamin, in her second production with the company after her Clara in Porgy and Bess earlier in the season (‘one of the loveliest I’ve heard’ – The Times). She will appear as a guest on the Guilty Feminist podcast, recorded live at the London Coliseum on 27 November. With more than 50 million downloads the podcast is a comedy phenomenon, and will turn its attention to opera with a little help from Benjamin.

Baritone Nicholas Lester sings Marcello, having sung as the title role opposite Romaniw in Eugene Onegin for WNO.  Bass David Soar returns for a second engagement of the season after his Jokanaan in Salome, singing Colline after performing the role at the Metropolitan Opera, New York, earlier in 2018. ENO Harewood Artist David Ireland shares the role, singing in four of the fifteen performances.

Schaunard is sung by Božidar Smiljani?, sharing the role with fellow ENO Harewood Artist Matthew Durkan. He debuted with the company earlier in the year as the Marquis in La traviata. Durkan has been seen in numerous ENO roles, most recently as Hel Helson in Paul Bunyan at Wilton’s Music Hall, as well asDemetrius in A Midsummer Night’s Dream, Fiorello in The Barber of Seville and Malcolm Fleet in the world premiere of Nico Muhly’s Marnie.

The cast is completed by Simon Butteriss as Benoît and Alcindoro.

Conducting the production is Alexander Joel, former General Music Director at Braunschweig State Theatre, making his ENO debut. With a varied and impressive career on the continent, he was last in London to conduct Rigoletto at the Royal Opera House. He has been praised for his more than 100 performances of La bohème (‘Outstanding’ – The Spectator), having conducted it more than 100 times. He is assisted by ENO Mackerras fellow Valentina Peleggi, who will conduct the 20 and 22 February performances in her company debut.