Many choirs trot out Messiah as if they don’t need to do anything because they know it so well. Then along comes Marcio da Silva with a reading fresh as a daisy to persuade us that we have actually failed to pay attention to a masterpiece. 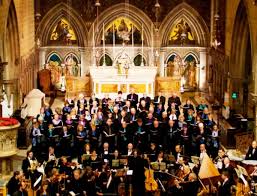 The approach was exhilarating throughout, with tight rhythms and fast pacing, emphasising the narrative line which compels us to move from darkness to light. The opening tenor solo set the seal on the evening with a luxuriously ornamented Comfort Ye and exultant Every Valley.

But who may abide and Oh thou that tellest had bouncy dance rhythms which lifted the impact of the first half before an unexpectedly stately Pastoral symphony, with no hints of rusticity.

The Angels appeared from near silence and disappeared alarmingly in the same way.

Even in the darker sections the rhythmic intensity was not lost. Behold and see brought really tense rhythms while the pace of He was despised was almost dangerously passionate.

The balance between orchestra and singers was remarkable in the often challenging acoustic of Christchurch. The potential difficulty was solved by having the choir wrapped around the instrumentalists in a horse-shoe which meant that all were within easy eye contact and many singers were actually facing each other. This aided both intimacy and accuracy.

How beautiful are the feet was accompanied by solo violin, lute and organ, the wonderfully gentle and simple sounds being totally convincing. By contrast there was furious pace and fire in Why do the nations.

The four young soloists were particularly impressive. Tenor, Mikael Englund had opened so effectively with Every Valley but found venom and awe for Thou shalt break them with an explosive top A for dash them to pieces.  Mezzo Laura Hocking was warmly pleasing in He was despised and bass Lancelot Nomura gave a sterling reading of The Trumpet shall sound with the solo trumpet ringing around the building.  If the crown really goes to Sarah Gilford it was for her unfailing empathy throughout, her sensitivity to the text and the radiant, confidence – spiritual as well as musical – that she brought to I know that my redeemer Liveth. 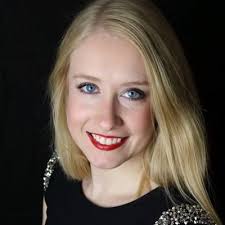 If the chorus was starting to flag just a little towards the end of a long evening they were never less than impressive and maintained the level of discipline Marcio da Silva imbued throughout. Almost a century ago, Christchurch had a reputation for outstanding musical events. The ghost of those performers must have been delighted with what they heard last night.