The second week of Brighton Early Music Festival proved to be even more exciting than the first. I have to admit that, until I saw the programme, I had never heard of a Trumpet Marine, and would quite have misunderstood the term without considerable research. Friday night’s introduction from the Society of Strange and Ancient Instruments was a revelation. The photographs go a long way to show the instrument which is neither trumpet nor marine, yet sounds remarkably like a trumpet both in its upper and lower ranges. Regularly used in the middle-ages and still found in performance in the seventeenth century – there was a concert at the Fleece Tavern in 1674 for four Trumpets Marine – it was used as a substitute for the trumpet particularly by nuns who regarded the actual trumpet as too military but wanted an instrument with the same weight and authority – which it certainly does. We heard a number of different pieces, some of which fell strangely on the ear as the tonality was not modern, but two arrangements of Irish tunes were particularly pleasing. 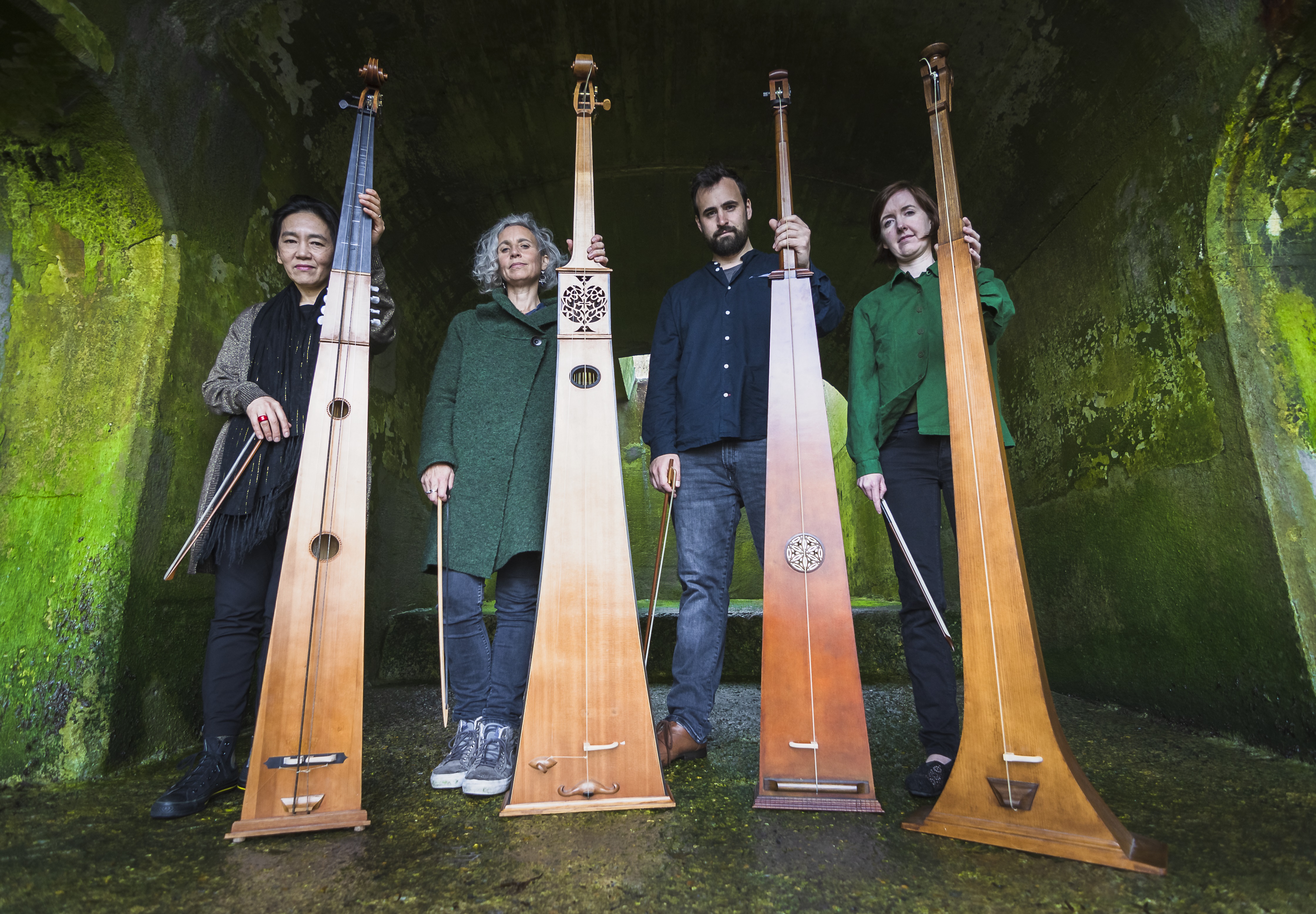 Saturday afternoon brought James Duncan from the Sussex Wildlife Trust together with recorder virtuoso Piers Adams to consider the way birdsong has affected composers. Wandering in the Sussex woodlands they sought out live bird song and Piers played melodies which reflected nature and also ditties written for tame birds to imitate. Unfortunately the sound was totally out of sync during the broadcast which at times made it difficult to follow.

I was looking forward to Saturday evening and catching up with Joglaresa again. We had seen them live about two years ago and been very impressed. Seeing them again was certainly not a disappointment as their delight and enthusiasm are infectious. Moreover, I suspect that having to do the performance via the web gave them a freedom they would not have in a conventional theatre. The use of animation, often tongue in cheek and frequently naughty, was captivating and the music making was always up-beat and engaging. There is no sense of historical recreation here even though what we are hearing is totally accurate and precise to its period.

By total contrast Sunday afternoon brought us Sweet Ayres of Arcadia with Gwendolen Martin soprano, and Din Ghani, lute & baroque guitar. They were performing in Wilton Hall, the home of Mary Herbert, sister to Sir Philip Sidney. The quiet intimacy of the Jacobean room was absolutely right for the song settings which included Robert Johnson’s Have you seen but a white lily grow and William Lawes Gather ye rosebuds while ye may.

Given the range and quality of what we had experienced across the six days the final event should not have surprised but it did. The Four Faces of Gaia was the longest event of the Festival and brought together musicians from across the world, opening with a breath-taking rendition of Tallis’ Spem in Allium with all forty singers on screen in front of us. Glorious! From here we moved to Africa and music for voice and kora, lovingly performed by Sura Susso, followed immediately by North Indian Classical dance with kathak dancer Jaymini Sahai, sitar and vocalist Debipriya Sircar and table player Sanju Sahai. These performances were filmed in Brighton Unitarian Church and I doubt if the dancing would have been as effective with an audience taking up most of the space. The sense of joy and freedom, to say nothing of the amazing ability to convey the narrative and emotion of the Salutation to Mother Earth, was amazing.

We heard songs from Azerbaijan and from the Seraphic Jewish tradition before appearing to return almost to Tallis with a performance from The Lacock Scholars and The English Cornett & Sackbut Ensemble directed by Deborah Roberts in the vast acoustic of St Bartholomew’s, Brighton.

The Epilogue was equally unexpected. We had heard Jeremy Avis a number of times during the Festival and his composition The Whispering Dome brought together not only the African and Indian musicians but also the BREMF community choir and the strong ecological theme which had underpinned most of the events this year.

Of course we all miss live music – but if we have to experience a festival on line I can think of no better way of doing so than this. Congratulations to all at BREMF for what they have achieved this year under such difficult circumstances.