There seemed to be a strange coming together on Sunday evening. As we waited for the outcome of the Brexit negotiations and their constant oscillation between hope and despair, we heard three Piano Trios, each of which have darker undercurrents running through them even if the final bars allow for some hope. 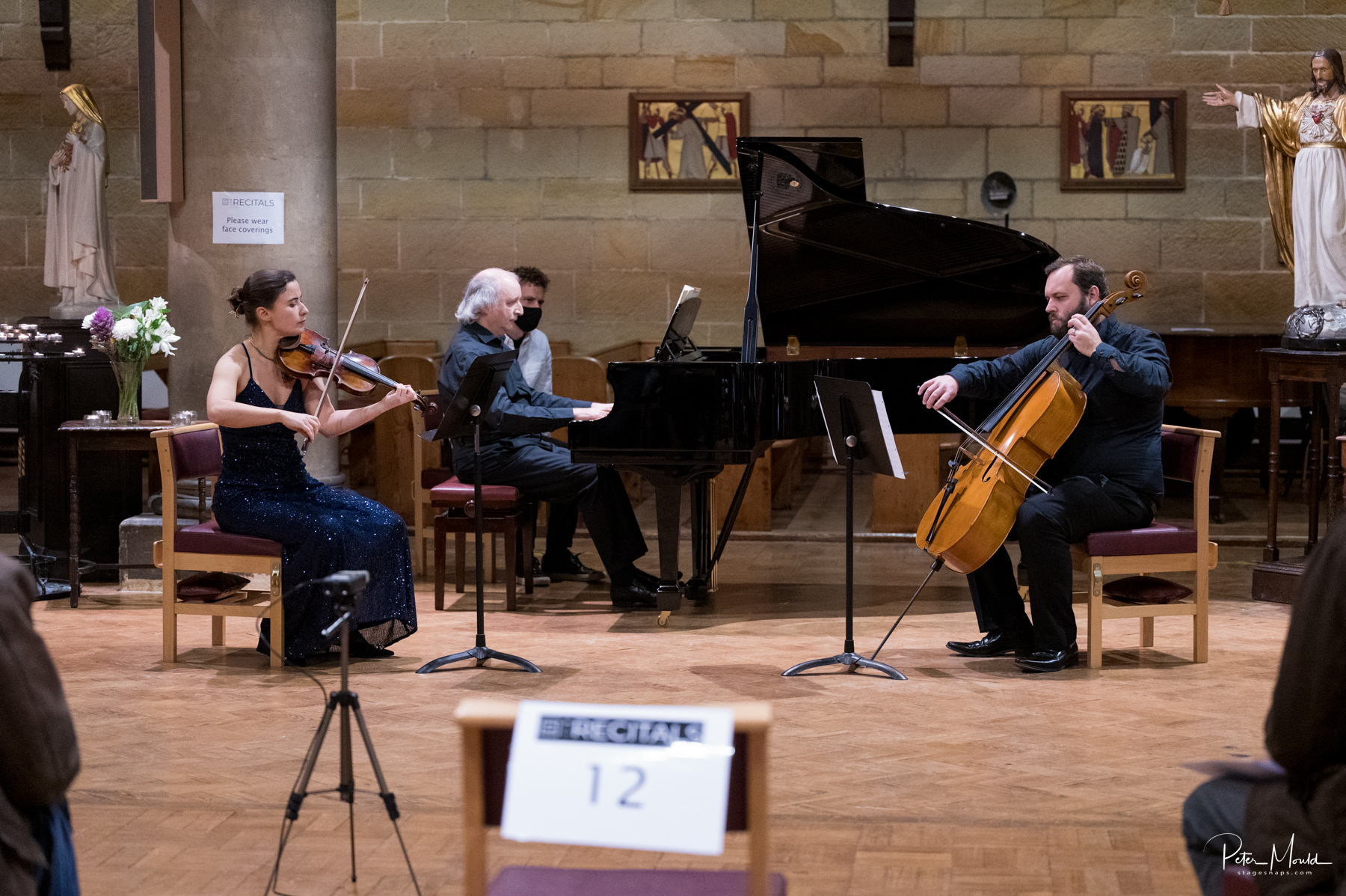 Aysen Ulucan, violin, Oliver Mansfield, cello and Francis Rayner, piano, opened with Beethoven’s early Op1 No1. This was not, of course, Beethoven’s first composition but the one he wished the world to take note of. It opens with a lyrical fleetness, led strongly from the piano, and is highly technically challenging. The second movement flows on easily from this and brings a gentle cantabile, before the greater intensity of the third. Here, the trio drew strongly on the dark under-currents even as the lighter moments occasionally flowered. The final movement picks up on the ferocity and pace of the opening with even more demands on the pianist – a part which the composer had of course written for himself.

Brahms C minor Trio Op101 was written almost a century later and is intensely dramatic, even when it allows for sudden romantic outbursts of captivating melody. The short second movement is even more disturbing in its constant sense of unease, though the answer and response sections of the third movement bring a sense of relief and calm. The final movement returns to the dramatic impact of the opening and is wedded to the minor keys right up to the end when the sudden burst of concord hardly brings any lasting encouragement.

After a brief interval, we heard Dvorak’s Dumky Trio. Written only four years after Brahms’ trio it is a world away with its rapid changes of mood and texture. There are frequent moments of exhilaration which become almost hedonistic, contrasted without any linking material with passages of deep reflection – often with fine solo writing for the cello. The third movement brings an unexpected polka at its heart but it has a dark edge which is never quite thrown off. A jolly March with rapid changes of tempi leads to a more extrovert, if not quite bracing, Allegro before the final Lento maestoso with its supressed tension and often frenetic outbursts. Here the violin solo comes into its own as Dvorak allows each instrument to find its own voice.

An engaging, if often troubling, performance, but maybe exactly what we needed on the night.  The real joy was the way the three soloists encouraged us to engage fully with the music, even at its most disturbing.