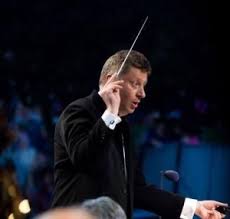 It would not seem like New Year without the Brighton Philharmonic Orchestra’s annual gala at The Dome, and this year was no exception. Stephen Bell guided us from the podium through a rich collation of familiar Strauss pieces, along with just a soupcon of unusual works, and arias from soprano Susana Gaspar.

Suppe’s Overture Poet and Peasant started quietly with a finely crafted cello solo from Peter Adams, but soon rose to more extrovert enthusiasm which became the hallmark of the afternoon. Strauss Polkas dominated the shorter items, with Josef’s Ohne Sorgen, Johann’s Tritsch-Tratsch, Champagne and Pizzicato Polkas. For more substantial works we heard Roses from the South, Enjoy Your Life, the overture to Die Fledermaus and inevitably The Blue Danube.

Josef Strauss’ delightfully delicate Die Libelle- the dragonfly, was a particular highlight of the first half and in the second Peter Adams was again the soloist for the first Romance for cello and orchestra by Johann junior. This provided a gentle interlude between more substantial items but still reflected the enjoyment of life in late nineteenth century Vienna. 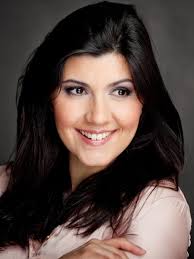 Susana Gaspar brought us operatic favourites in the first half, with an incisive Quando m’en vo and a plaintively seductive O mio babbino caro. Turning to operetta in the second we heard Adele’s Laughing Song from Die Fledermaus and Lehar’s enchanting Meine Lippen from Giuditta. It is difficult to realise that Lehar’s last operetta was written in 1934, almost a century after the first Strauss waltzes, and at the same time that Schoenberg was moving to America.

The final vocal item on the programme was a rarity – Heia! Heia! In den Bergen from Kalman’s Gypsy Princess and proved to be a barnstorming number before the Blue Danube.

Needless to say encores were demanded and we came closer to home with I could have dance all night from My Fair Lady before the Radetsky March sent us off to celebrate the New Year in fine style.