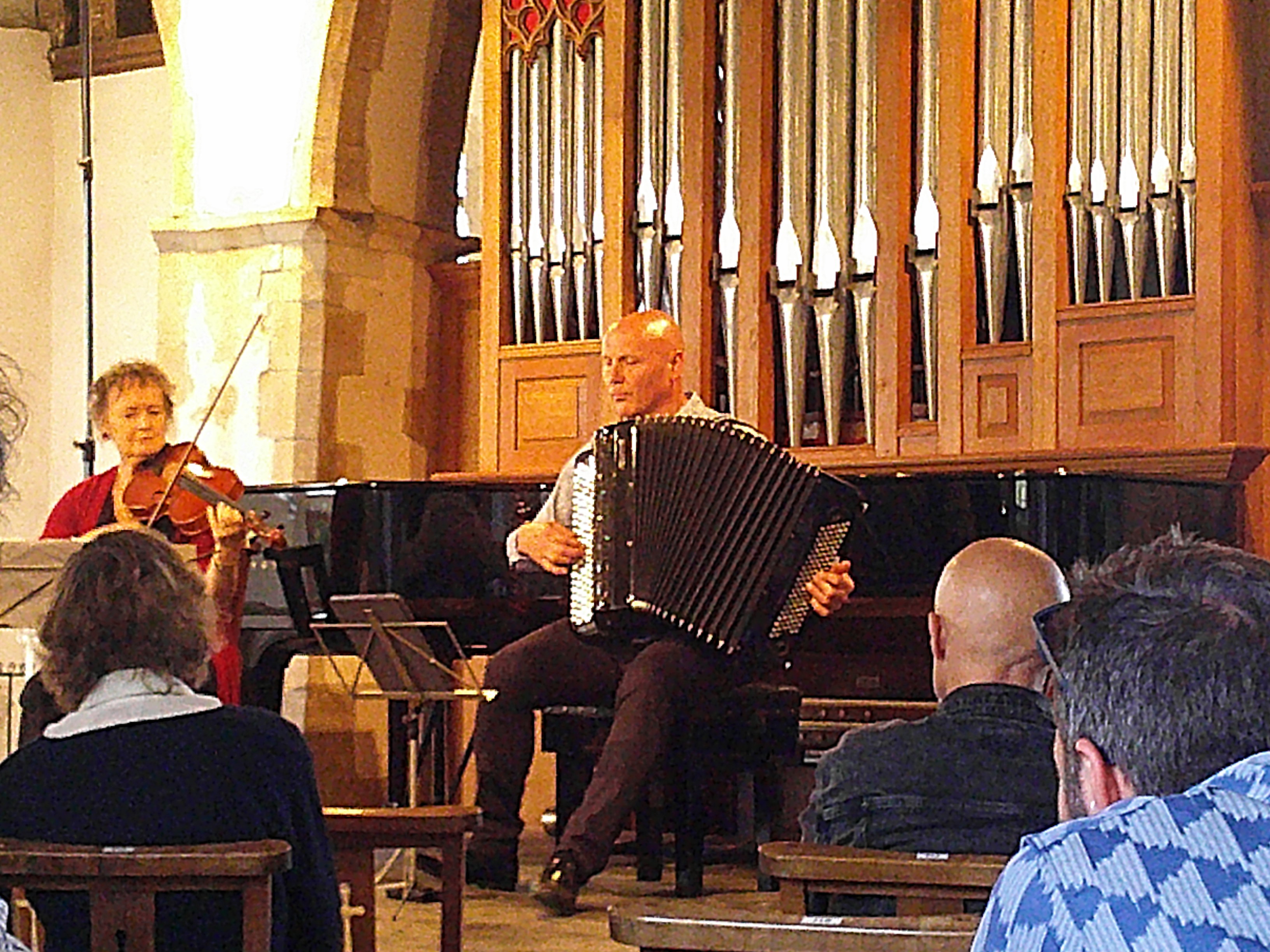 Much like the extras on a Blu-ray box set there is often much to entertain and inform in the smaller ‘side’ events at a festival. Two artists involved in this year’s festival gave this intimate presentation through informal conversation and the chance for audience questions interspersed with some delightful performances.

Sally Beamish, composer and viola player and her friend concert accordionist James Crabb seemed completely at ease as they talked together about their musical beginnings, experiences and influences. The music featured was a lovely lilting Scottish folk tune arrangement, variations on an old English tune and an arrangement of a piece by Sally Beamish originally written for a small jazz ensemble. The unlikely but beautiful pairing of viola and concert accordion worked so well, due I am sure in no small part, to the rapport between the two players as well as the sensitive approach to their respective instruments. The small but appreciative audience seemed very pleased with what they had witnessed in the tranquil environment that is St Peter & Paul church, Peasmarsh. I think we would have all liked it to go on much longer.